Taraba State: One dead, many injured as two men fight over lady's love 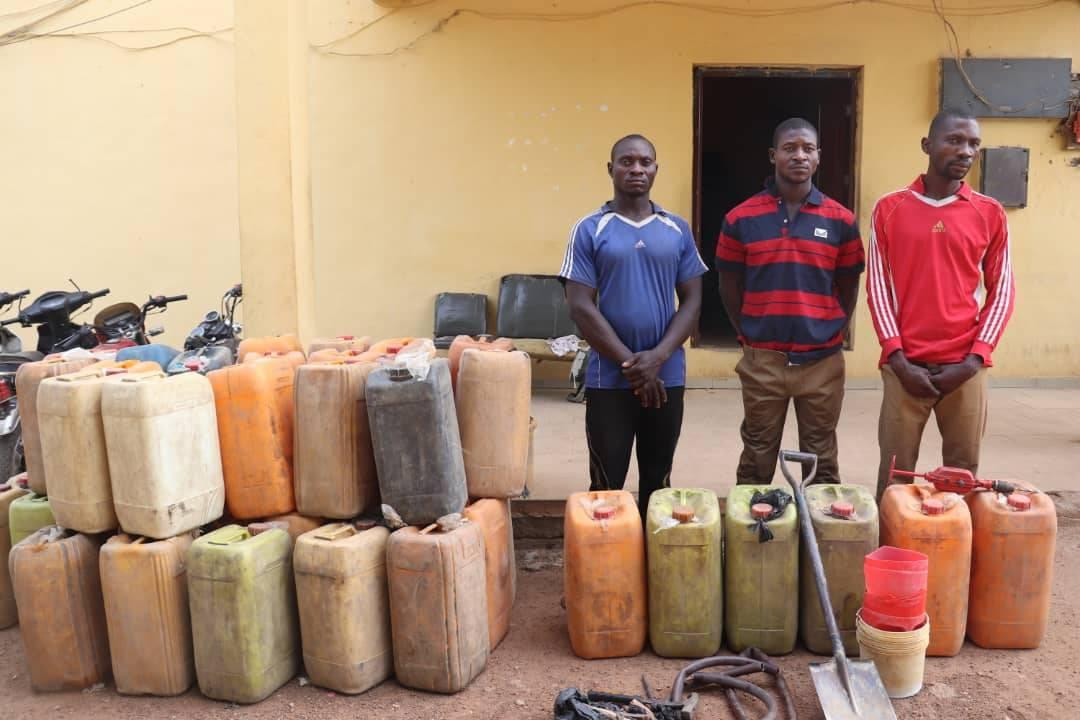 Spokesperson of the command, ASP Wasiu Abiodum, who confirmed the incident on Friday, November 20, said that the suspects confessed to the crime, adding that the case is under investigation.

“On 13/11/2020 at about 0900hrs, base on reliable information received, Police Operatives attached to ‘A’ Division Suleja arrested one Daniel Joshua aged 37yrs, Sunday Ezekiel 33yrs and Suleiman Madaki 29yrs all ‘m’ of Numba Gwari village in Suleja LGA,” the PPRO said.

“The suspects were arrested while vandalizing NNPC pipeline and scooping PMS at Numba-Gwari, Suleja. During interrogation, the suspects confessed to the crime.” he added.

Others are, chisel, a hammer, a shovel, four plastic containers and a funnel.

Man sentenced to death for murder