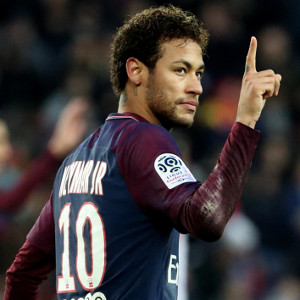 Neymar scored his 18th Ligue 1 goal as Paris St Germain extended their lead to 11 points with a 3-0 win at Lille on Saturday.

The Brazil striker fired home with a superb free-kick after Yuri Berchiche had opened the scoring on the stroke of halftime, with Giovani Lo Celso sealing a straightforward victory in the closing stages.

The win put PSG on 62 points from 24 games with second-placed Olympique de Marseille, who hammered Metz 6-3 away on Friday, on 51.

Lille are 17th on 25 points, one point above safety.

PSG went ahead in the 45th minute when Berchiche netted with a low shot after the Lille defence had failed to clear Edinson Cavani’s cross.

Neymar, who was doubtful after taking a knock earlier this week, doubled the tally with a 17-metre free-kick into the top corner.

Lo Celso then scored his first Ligue 1 goal with a fine lob over Mike Maignan in the 87th.