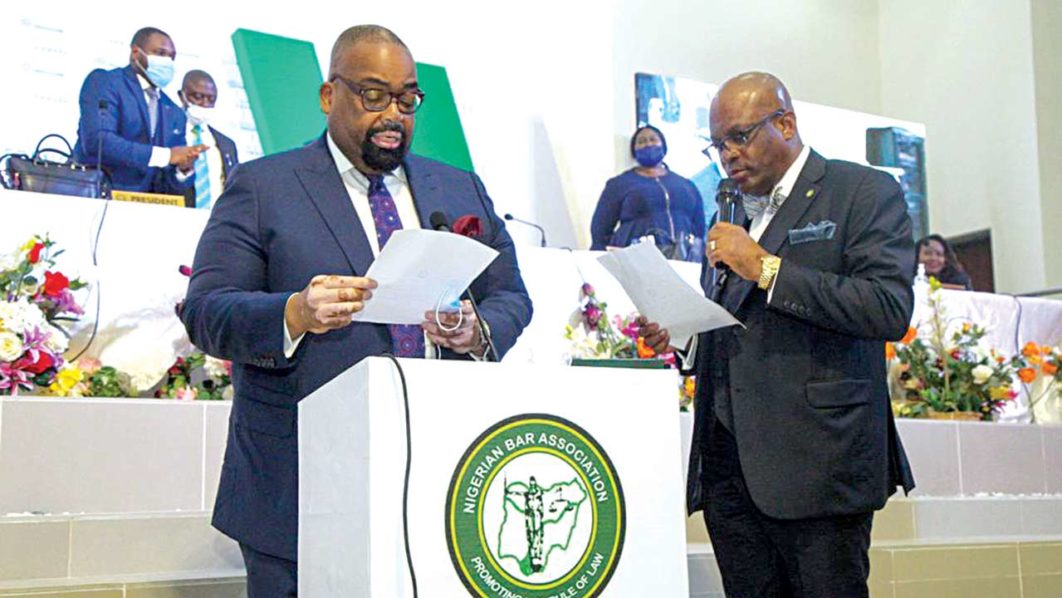 Nigerian Bar Association is ready for a legal battle with the Federal Government over its decision to suspend operations of the micro-blogging and social media platform, Twitter.

The NBA National Publicity Secretary,  Dr. Rapulu Nduka, in a telephone interview revealed a 13-member committee had been set up to handle matters relating to the suit the association planned to file against the Federal Government.

Nduka stated this as TopNaija on Wednesday also learnt that the Minister of Communications and Digital Economy, Isa Pantami; and his counterpart for  Information and Culture, Lai Mohammed, would lead talks with Twitter.

The Federal Government has been under fire since Friday when the minister of Information and Culture,  in a statement by his spokesman, Segun Adeyemi, suspended Twitter operations on the grounds that the platform was undermining the country’s corporate existence.

On Saturday, the Attorney General of the Federation and Minister of Justice, Abubakar Malami, SAN,  directed the Director of Public Prosecution in his ministry to begin the process of prosecuting violators of the suspension order.

But before Malami gave the directive, the NBA  had on Friday threatened to institute a suit against the Federal Government over the suspension of Twitter’s operations.

Its President, Olumide Akpata, in a statement made via the social media platform, said government lacked constitutional authority to back its decision.

He said if the suspension was not reversed, the NBA would sue government to protect the country’s democracy.

The NBA National Publicity Secretary, Nduka, in the interview with PUNCH, said the suit was delayed by the strike by judiciary workers.

He, however, stated, “A committee has already been set up by the NBA to handle matters related to the intended suit. The members of the committee will do whatever it takes to address the issue.”

According to Nduka, the committee in charge of the suit is the NBA Public Interest Litigation Committee.

On Wednesday, he stated, “The mandate of the committee, among other things, is to actively take steps to reinforce the faith of society in law, bring solutions to societal issues and most especially, to check the abuse of power.

He said the court, among others,  would determine if the Federal Government had the power to suspend the operations of a company like Twitter just because the President, Major General Muhammadu Buhari (retd.), was hurt by its policies.

Nduka added,   “I must also confess that from the look of things, the Federal Government is trying to soft-pedal on the situation. We are watching and waiting for the courts to resume in order to take actions.”

The NBA spokesman  said   government initially stated that the ban was indefinite, but later claimed  it was  temporary.

He stated, “Hopefully, the government will retrace its steps and do the right thing. Whichever way it goes, issues like these need to be taken to court so that judicial principles can be made for future purposes.

“We do not only have the present administration in mind, some of these issues may arise in another administration and we do not want history to repeat itself.

“The motto of the NBA is ‘promoting the rule of law.’ It is unbelievable that the government has threatened to prosecute any Nigerian caught violating its order. I think the threat may have been made out of anger without recourse to its consequences.

“In the first place, under what law would such Nigerians be prosecuted? Also, what happens to the freedom of expression enshrined in our constitution which is a fundamental human right?

“In this light, we vow to protect and defend any Nigerian who will be prosecuted for tweeting, in violation of the Federal Government’s order. In essence, they have not committed any crime and we hope to defend them when the time comes.”

As the public outcry greeted the suspension,  the Senate on Wednesday kept sealed lips on the issue.

Investigations by one of our correspondents revealed that the  matter was discussed at an executive session of the Senate on Tuesday and the lawmakers resolved to keep silent on it.

The Spokesperson for the red chamber, Senator Ajibola Basiru,  refused to say the position of the senators when contacted on Wednesday.

He said since he did not have the mandate of the Senate to speak, journalists should wait till the matter would be discussed at plenary.

Pastor, 4 others arrested with human parts in Osun