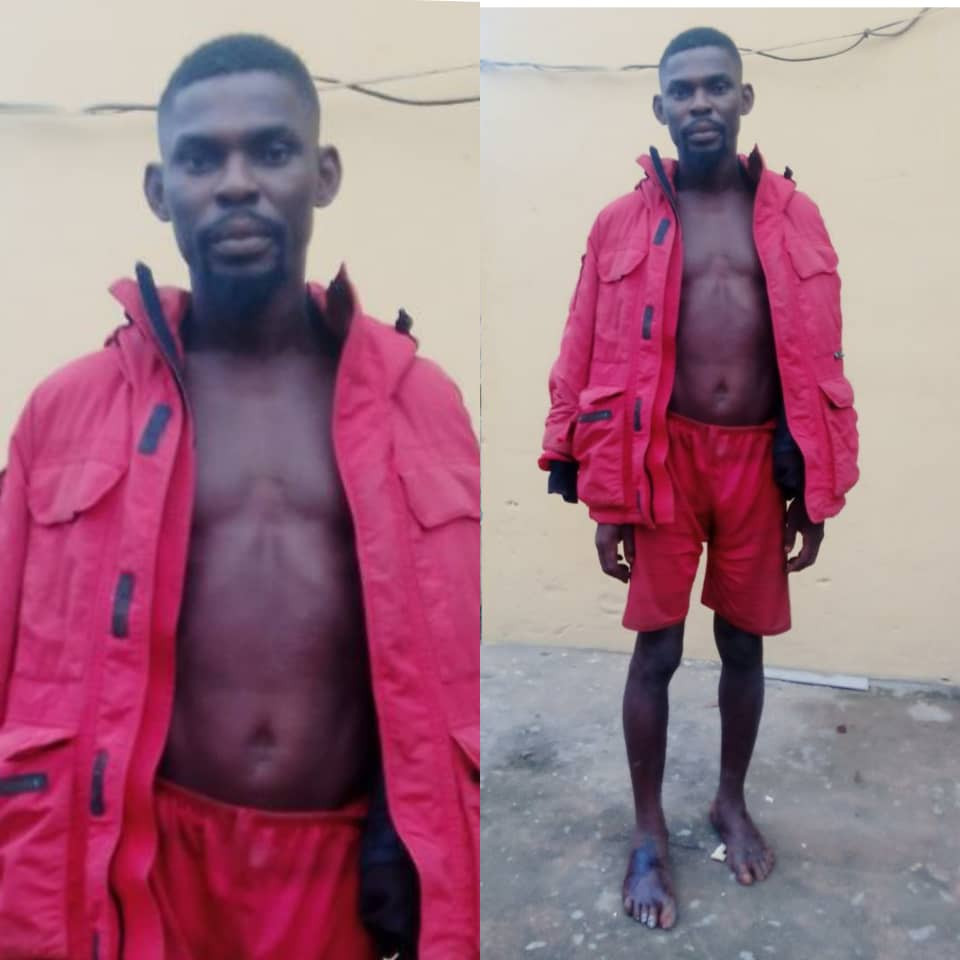 Operatives of the Nigerian Police Force in Imo state have arrested a 40-year-old man, Uzoamaka Ugoanyanwu, said to be a notorious native doctor who allegedly prepares charms for members of the Indigenous People of Biafra IPOB and members of the Eastern Network Security, the security arm of the proscribed IPOB.

According to Bala, Ezeugo during interrogation confessed to being a member of IPOB/ESN, and made useful statements to the Police as regards the recent attacks on Police stations as well as the residence of Governor Hope Uzodinma. The police spokesperson said Ezeugo further led operatives of the command to the IPOB/ESN camp, a Bush close to Njaba River where nine persons were arrested at the criminal hideout while planning another attack. He said assorted charms were recovered from them.

Chinedu Nwakaire aka One door

The spokesperson said two (2) out of the nine suspects arrested in the hideout, Chinedu Nwakaire aka One door, 48, and the native doctor were identified to be part of the hoodlums that attacked the private residence of Gov. Hope Uzodinma and also some Police stations. He said they confessed to the crime, and also stated their roles during the operations.

He added that the state Commissioner of Police used the opportunity to reiterate the call on members of the IPOB/ESN, or any other criminal syndicate operating in the state especially those who stole Police arms and ammunitions to voluntarily surrender themselves to enable them to get “soft landing”, or they will be arrested and made to face the full wrath of the law.

The Indigenous People of Biafra (IPOB) is a Biafran separatist organization in Nigeria. Its main aim is to restore an independent state of Biafra in the South East of Nigeria through an independence referendum.

The group was founded in 2012 by Nnamdi Kanu, a British Nigerian political activist known for his prominent advocacy of the contemporary Biafran independence movement

Unknown gunmen abduct three housewives and others in Kaduna state