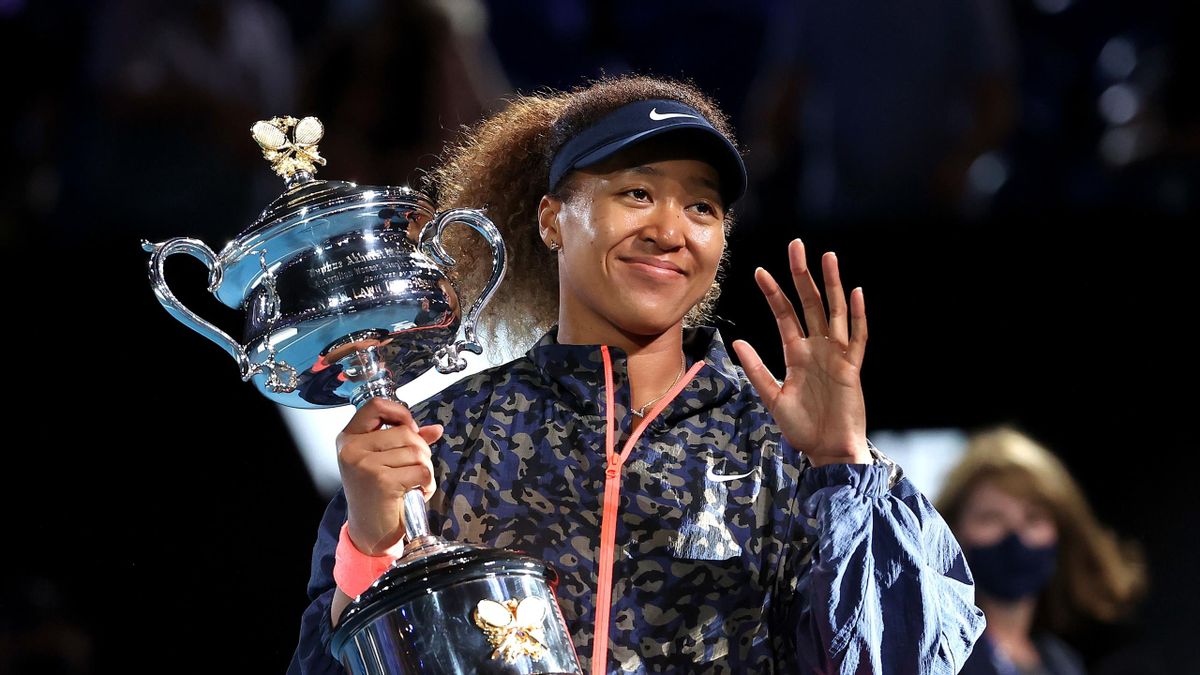 Osaka, 23, a three-time Grand Slam singles champion and reigning champion at the US Open won 6-4 6-3 and has the enviable record of being unbeaten in major finals.

Osaka won the first set when Brady, made bad errors in the game.

Osaka then seized control from that point, going 4-0 ahead in the second set before sealing a deserved victory with the last set.

Osaka has now won two Australian Open titles after also triumphing at Melbourne Park in 2019, with her other Grand Slam successes coming at the US Open in 2018 and 2020.

Osaka has not suffered a defeat since February 2020 and has won her last 20 matches.

“Hello everyone. Firstly I want to congratulate (and then looks to Brady and asks if she prefers Jenny or Jennifer. ‘Jenny’ is the reply) said Osaka as she clutched the Trophy.

“It feels incredible to have fans, I played the last Grand Slam without fans, to have this energy means a lot,”

“I really want to thank my team – this one is for you.”Lastly but not least, thankyou to you guys. Thank you for coming and watching. To have this energy really means a lot. Thank you so much.”Thank you for opening your hearts and arms towards us. I feel like playing a Grand Slam right now is a privilege, and thank you for this opportunity.”

Osaka moves up to world No 2 following her latest victory, behind Australia’s Ashleigh Barty, but there is no doubt as to who is the dominant force in women’s tennis right now – especially on hard courts.

In the men’s final, Novak Djokovic will face Medvedev on Sunday.

When Osaka was three years old, her family moved from Japan to Valley Stream, New York on Long Island to live with her father’s parents. Osaka’s father was inspired to teach his daughters how to play tennis by watching the Williams sisters compete at the 1999 French Open.