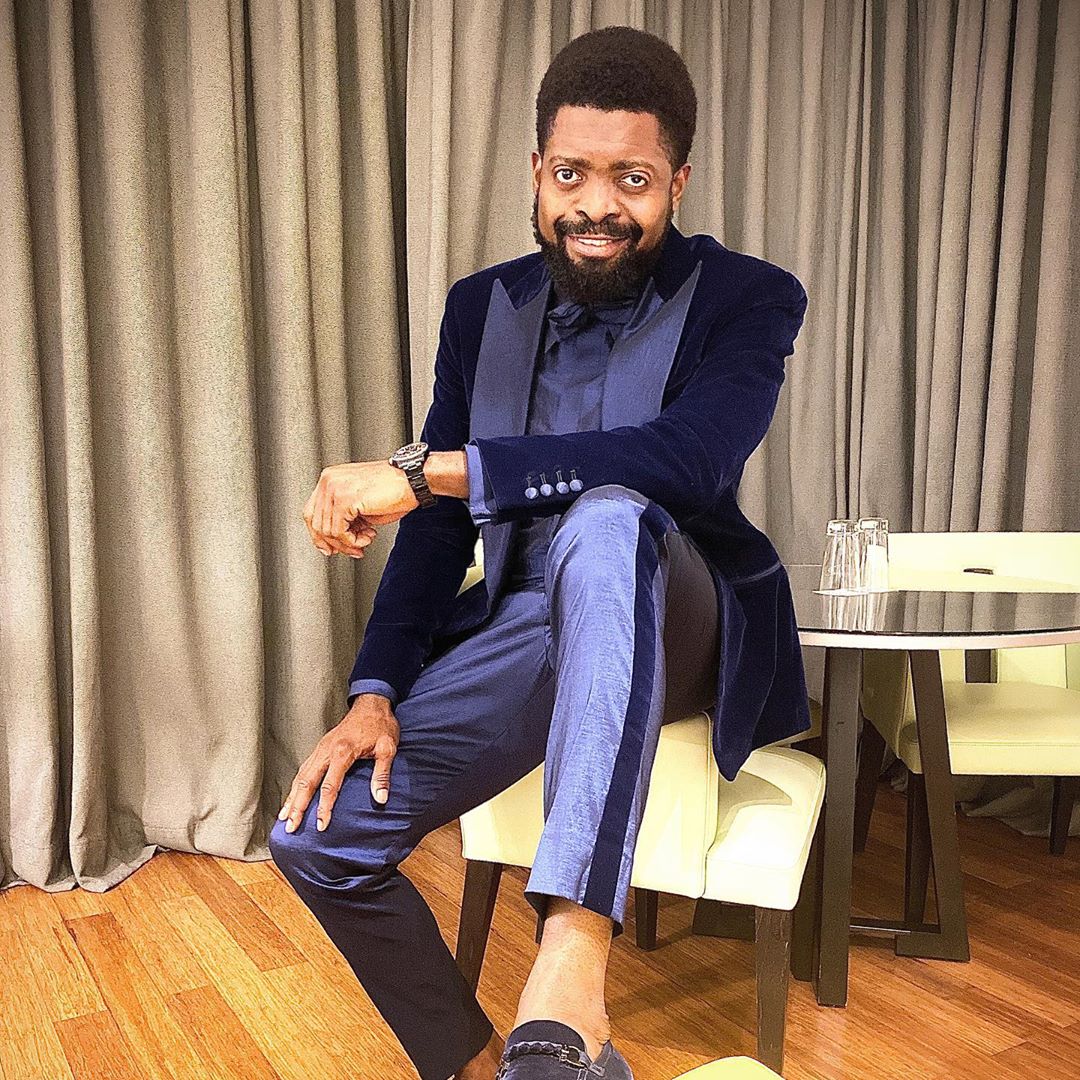 Some call him the most hilarious comedian in Nigeria, while others simply regard him as The Lord of The Ribs. He is one of Africa’s funniest men who has proved himself over and over again… Basketmouth’s talent has led him all the way from the tough streets of Ajegunle to comedy’s center stage. Bright Okpocha opens up to Isaac Oladipupo on his escapade with ladies before marriage, regrets of having a child out of wedlock and how comedy found him. Enjoy…!

LOOKING BACK AT YOUR CHILDHOOD, WHAT WAS THE DEFINITE MAJOR CAREER YOU DESIRED TO PURSUE?

My memory is quite dusty, but every child’s dream including mine was to become a Doctor, Pilot, Actor, Musician etc. I know I used to live in a world of fantasy back then. At a point, I wanted to be a comedian after I watched Eddy Murphy’s Delirious. That career was what I lived with more as it wasn’t far from my reach because I was a funny lad with funny stories and the one always making people laugh.
WHEN DID YOU FIRST KNOW YOU WERE FUNNY?

I still don’t think I’m funny because I really don’t make myself laugh as such. I just knew I was funny to people when I noticed that my gist always brought some laughter.

AT WHAT AGE DID YOU VENTURE INTO COMEDY PROFESSIONALLY, AND WHAT INSPIRED THE DECISION?

I started professional comedy over a decade ago, I was 21years old then. There was no decision, it just came through naturally, it was basically a case of time and opportunities.
MORE THAN JUST FUNNY—YOU TAKE DIFFICULT SUBJECTS AND MAKE THEM ENTERTAINING. WHAT GIVES YOU THE NERVE TO DELVE INTO THE HARD STUFF THAT WAY?

The hard stuffs are surprisingly the funniest. They are generally too serious so no one is seeing the comedy coming, that’s why it’s a job. Aside that, I love the challenge, I love the task. It actually makes me stronger, mentally that is.

ASIDE MAKING PEOPLE LAUGH, DO YOU PASS ANY OTHER MESSAGE ACROSS WHENEVER YOU CRACK JOKES?

Obviously I do that. Every joke I crack has its moment of truth, reality and lessons behind it. I make sure there’s always an element of substance that people can relate and reflect on when similar events occurs.
YOU ARE UNDOUBTEDLY ONE OF NIGERIA’S FINEST COMEDIANS. WHAT’S BEEN RESPONSIBLE FOR YOUR CONSISTENT SUCCESS IN THE INDUSTRY?

I don’t consider myself successful yet because I’ve not achieved 90% of my dream; I’ve not done anything close to what I’ve dreamt about. The web and a couple of international events exposed my name and materials. My age, style, and physical appearance also made it easy. I blend into both worlds -old and young, so it made the exposure larger.

WHAT STANDS YOU OUT FROM NIGERIA’S FAST INCREASING COMEDIANS?

Well, my kind of jokes. I’m limitless with my way of thoughts, creativity, and how spontaneous I can get. I think it might be the name as well, I try not to do what everyone is doing. I make sure I do it differently and the way I love it. I like taking risks with my jokes and my shows, I’m always ready to get it wrong and ready to loosen. The interesting part is that I also hate getting it wrong or failing.

YOU ONCE TRIED YOUR HANDS ON MUSIC, WHY DID YOU EVENTUALLY BACK OUT?

I didn’t back out, I was experimenting. I still experiment whenever I find the time to.
COMEDY OR MUSIC, WHICH IS MORE TASKING TO DO?

Comedy is most tasking, far more tasking than music in a way. Both demands a high level of creativity, but with music the musician can go on stage and repeat the same song for two years. A comedian can’t crack the same jokes that long. When a comedian keeps repeating a joke, people tend to react negatively to it, even when it is classic. So we always try to be fresh….well, at least some of us.

WHAT INSPIRES YOUR JOKES AND HOW DO YOU COMPOSE THEM?

I get all my jokes from my environment. I do a lot of research too. To me, every incident is a potential joke.
TELL ME ABOUT YOUR WORST EXPERIENCE ON STAGE?

That was three years ago, it was the first and the last by God’s grace. I was experimenting a new style of delivery and wasn’t prepared. I guess I got it wrong there. It was at an edition of rhythm unplugged.

SOMEONE ONCE SAID IT IS DIFFICULT FOR NIGERIAN COMEDIANS TO MAKE AMERICANS LAUGH AND VICE VERSA, WHAT’S YOUR OPINION ABOUT THIS?

As long as a comedian’s joke is universal and not based on culture and all that, you can make any English speaking race laugh. I’ve performed for the mainstream overseas, US, UK etc, and they laughed at my jokes, so I think it’s not difficult if you know what you’re doing.

WHAT ARE YOU UP TO AT THE MOMENT?

I’m working on my new show (Lords of the Ribs) and a couple of other gigs in Naija and abroad. But my most demanding project is the one I just mentioned as I’m featuring some foreign comedians.
HAS COMEDY BEEN WORTHWHILE AND FULFILLING FOR YOU?

Well, I’ll say yes, but as we all are, we yet want more. I’m one of the hungry comedians I think I know, never satisfied, always on the move. But so far, it’s been great, but I yet want the greatest.

ASIDE COMEDY, WHAT OTHER JOBS PAY YOUR BILLS?

I run a company called Barons World Entertainment. We provide content for companies, we also manage events as well, and it’s not been bad so far. Still looking for more clients though.

I LEARNT YOU RECENTLY BOUGHT A HOUSE ON THE ISLAND. DO YOU LIKE TO SHARE THE JOY?
Well, I’ll rather not talk about that. My mates have done bigger and better things than buying a house.

TELL ME ABOUT YOUR WEIRDEST EXPERIENCE WITH A LADY?
I don’t consider any moment as a weird one with a lady, I call them an interesting moment, which happens often. One was a long time ago, a girl I was toasting was wearing a wig and doing the dutty wine. She was presumably tipsy as she wasn’t suppose to do that. I had to pick up the hair eventually.

CONDOM OR ABSTINENCE, WHICH DO YOU PRACTICE?

I practice both because if I didn’t I would have had a village of kids or maybe losing weight and having consistent cough by now. For the young readers, please practice abstinence, but if the will power is not there wear a condom. There are more diseases out there than you know.