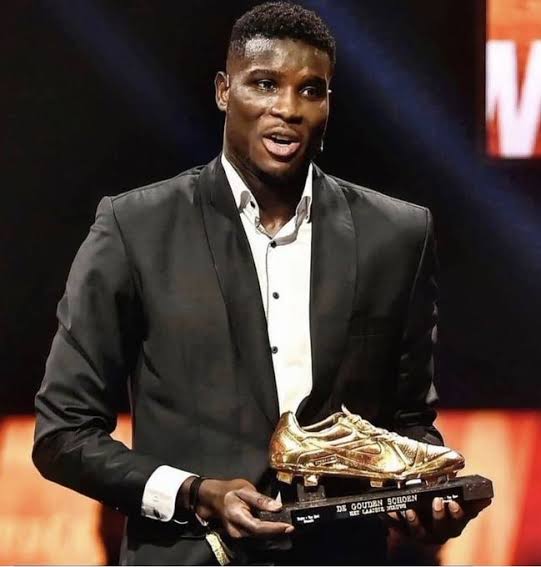 It was gathered that Mutiu Adepoju, the former Super Eagles midfielder, would love that Paul Onuachu, plays for Spanish giants Atletico Madrid, as speculations continue to link the striker with an exit away from RC Genk this summer.

Onuachu became considered for transfer after he impressed everyone in the 2020/21 season where he scored 35 goals in all competitions and has not shown any sign of slowing down as he has already found the back of the net on 21 occasions from 37 games so far this season.

He was linked with a move to join the current Spanish champions in January but it didn’t materialise.

The former Midtjylland man has also been linked with several English Premier League clubs, including Liverpool.

However, Adepoju opined that Onuachu joining Diego Simeone’s side would make him a better player.

“I think moving to Atletico Madrid will be a big move for Onuachu because Atletico are a big club in Spain and in Europe,” Adepoju said.

“He would be moving to a club with a great reputation. I’m sure he will suit their style of play because if he wouldn’t I don’t think the club will be interested in him. I believe Diego Simeone must have seen how he plays and he is quite confident that he can play there.”

Onuachu has a €22m price tag placed on him by his Belgium club.