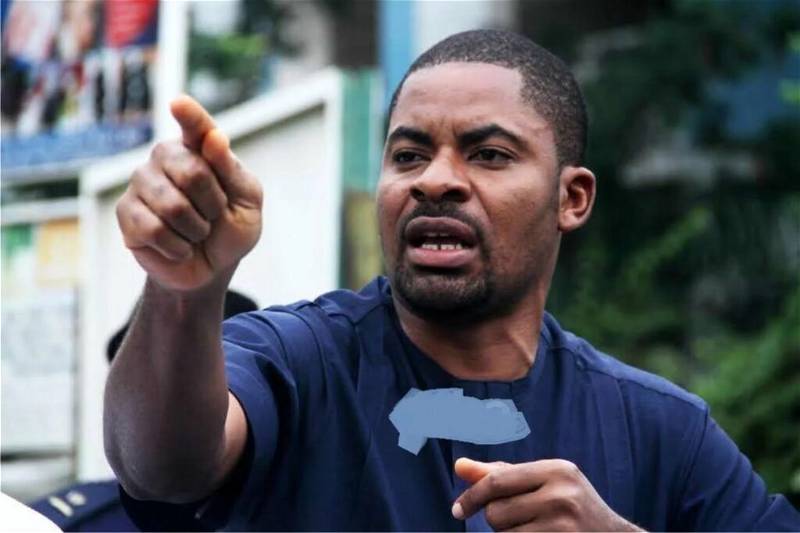 The idea of a Muslim-Muslim ticket for the Presidency hasn’t been something a lot of Nigerians are keen for; especially with the religious crises that plagues the country.

It is something socio political activist, Deji Adeyanju has responded to as the APC presidential flag-bearer; Bola Tinubu picked a controversial choice in Kashim Shettima as a running mate.

Tinubu had chose to make the announcement on Sunday, disclosing to the electorates his choice of Vice President should he emerge as victor.

It is a choice which according to the politician is based on merit and competence not by religion or ethnicity.

The former Governor of Lagos State could have been right, except many Nigerians don’t think so and for Deji Adeyanju, he sees it as a nonchalant response to the fears of Nigerians over domination.

In a tweet, he remarked on the inability for other opposition parties to be united to tackle the problem that faces Nigerians instead of take it on divided fronts.

“Tinubu and the APC are saying they don’t give a damn. The message of the Muslim-Muslim ticket is too loud. In fact, they are having a good laugh and with a divided opposition, they will laugh harder in February.

“Shettima was at the Centre of Chibok girls abduction and also has a lot to say about Boko Haram. He once said if he said all he knew about Boko Haram, the country will burn.”

Peter Obi is only an Icon on Facebook—Sule Lamido brags