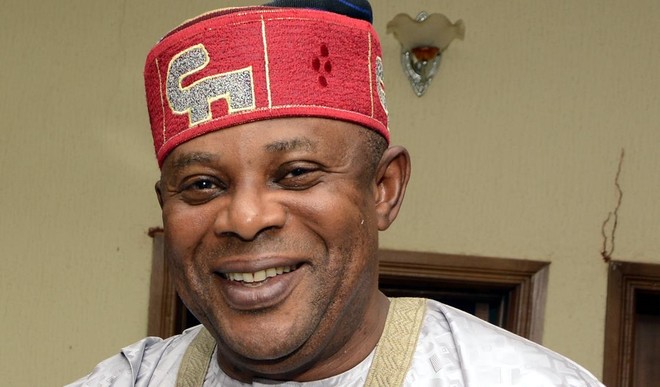 2023 General elections is about hitting up in full gear but what many are concerned about, particularly Nigerian Christians is the Muslim-Muslim ticket of the APC.

And their worries cannot be questioned, in that in a country that is plagued by ethno-religious crises and the constant fear of domination, there are bound to be things many may consider as red flags.

For Christians, it is the Muslim-Muslim ticket of the All Progressives Congress.

The worry goes in that, though it is not a guaranty that the APC may emerge victorious in the elections, there is bound to be a What If scenario about Nigeria having two leaders of same religion as the central power in an already divided hemisphere.

Those worries though have led the lawmaker representing Ikeja Federal Constituency in the House of Representatives, James Faleke to cajole Christians.

According to the leader of the Tinubu Support Group, he claims the Bola Tinubu led administration has no agenda of Islamizing Nigeria.

This came during a meeting at Abuja where Faleke was commended for his role in ensuring Tinubu emerged victorious in the party primaries.

The lawmaker used the former Governor of Lagos State’s wife, Oluremi Tinubu as example, stating if the politician could not Islamize his own wife, there was no way he could Islamize Nigerians.

“What is important is that when we are seated here, we don’t bother as to Christians should sit here and Muslims should sit on the other side and when we board a plane we don’t bother to ask whether the pilot is a Muslim or Christian likewise when we go to markets; we don’t care from whom we are buying.

“So what we are saying is we brought people of pedigree. Asiwaju Bola Ahmed Tinubu has the pedigree and wire withal and had never discriminated against Christians or even a tribe.

“I am a living example; I am a Christian and I am representing him directly. When it comes to the tribe, I am not from Lagos; I am from Kogi State; so he is the type of person we want.

“If you talk about religion, if Asiwaju has not Islamised his wife; we don’t see how he can Islamise Nigeria. His wife is not only a Christian; he even allowed the wife to grow to become a pastor.

“If there is no enabling environment for her in the home she won’t become a pastor. Those are the issues we should talk about. Asiwaju was the one who handed over the missionary school in Lagos to the owners when he came on board, so you can imagine all those issues.”

How did Nigeria get so worse than Ghana? Nigerian Rapper asks