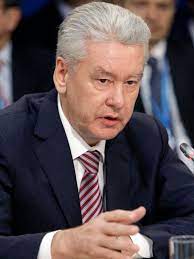 On Monday, Moscow city Mayor Sergei Sobyanin, said about 200,000 employees of foreign companies in Moscow could lose their jobs due to sanctions over Russia’s military campaign in Ukraine.

“According to our estimates, about 200,000 people are at risk of losing their jobs,” Moscow Mayor said in a blog post.

He said authorities had last week approved a $41-million programme to support employment in the Russian capital.

“First of all, the programme is aimed at employees of foreign companies that have temporarily suspended their operations or decided to leave Russia,” Sobyanin noted.

Sobyanin said the newly-approved programme was expected to support more than 58,000 people who had lost their jobs, adding that around 12,500 of them would undergo retraining.

He said people in between jobs would be offered to get involved in public works in a number of city organizations, parks and elsewhere.

Economists believe that the worst economic impact of debilitating Western sanctions is still to come and expect Russia to plunge into a deep recession.

Meanwhile, Ukraine on Monday aired a video showing Viktor Medvedchuk, a detained pro-Russia tycoon and ally of President Vladimir Putin, seeking to be exchanged in return for an evacuation of civilians and troops from the besieged port city of Mariupol.

Medvedchuk, who escaped from house arrest after Russia’s invasion and was detained last week, said the troops and residents there “do not have the possibility of a safe exit through humanitarian corridors”.

Medvedchuk is one of Ukraine’s richest people and is known for his close ties to Putin. He is also a politician.

He says Putin is the godfather to his youngest daughter, Darya.

Separately on Monday Russian state TV broadcast a video Monday of what it described as “Britons” captured fighting for Ukraine demanding that Prime Minister Boris Johnson negotiate their release.

The two men shown in the video asked to be exchanged for Medvedchuk, who had been accused of treason and attempting to steal natural resources from Russia-annexed Crimea and of handing Ukrainian military secrets to Moscow.