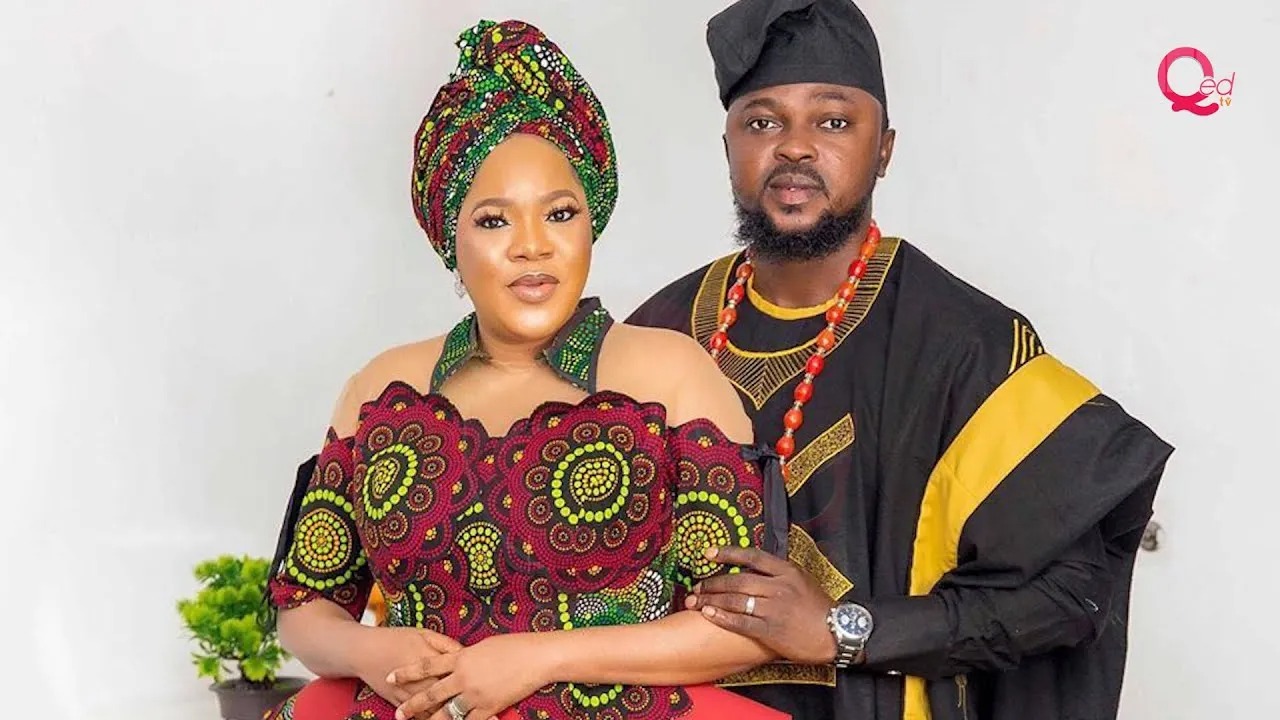 Popular Nollywood actress, Toyin Abraham has been called out for allegedly having a difficult moment in her marriage with colleague, Kolawole Ajeyemi.

As suspicions grew about problems in the actress, Toyin Abraham’s marriage, anonymous blogger, Gistlover has released fresh details in that regard.

TopNaija recalls that there was an online rumor making rounds that the couple is experiencing some issues in their marriage due to financial issues.

Confirming the rumor, Gistlover claimed that actor Kolawole Ajeyemi had been complaining about his wife’s sudden attitude even before she got pregnant.

According to the blogger, Kolawole Ajeyemi told his friend that his wife, Toyin hasn’t been sleeping at home for some days and neglects her duties as his wife.

The report also claimed that their marital feud ensued a long time ago.

“Dear Toyin, information reaching Vawulence headquarters be say your marriage has been sha*king all along, no be today the info Dey come , guess your husband got tired and confide in a friend , no push am out , he said and I quote ‘’ I have been managing in that Marriage, prior to when Toyin got pregnant , sometimes she doesn’t sleep at home for days, she doesn’t take up her responsibilities as a wife , she doesn’t even follow them to church and all, he told his friend that he has just been managing hoping things get better that some of the post Toyin makes at time calling oloko are apology post stylishly , he said a lot but in as much as we don’t want another Loud Breakup just like Funke Akindele, Dear Toyin kindly retrace your step, I am not saying make una no debunk oooo, Na una way , but I said what I said and you both know I am not lying, but it is what it is , the couple goals must keep going but please make it a genuine one, not a patched one . There is still time for amendments tho because Kola said a lot ooo, he was even advising the said friend that no perfect marriage and that they have just been patching theirs too, I pray It doesn’t happen If it does happen , just know I warned ahead . I come in peace.”