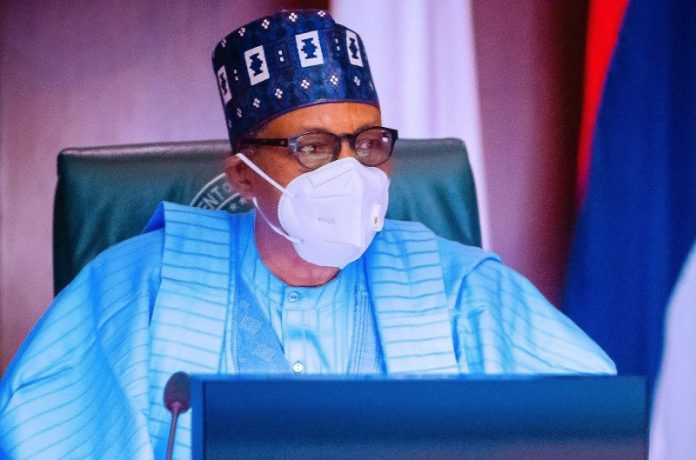 President Muhammadu Buhari has disclosed that his government has learnt that criminals have infiltrated the mining industry in the nation.

The President declared this on Tuesday while opening the 56th annual international conference and exhibition of the Nigerian Mining and Geosciences Society, which took place at the International Conference Centre, University of Ibadan.

The topic of the event was, ‘Responsible exploration and exploitation of mineral resources in a secured environment’.

The Minister of State for Mines and Steel Development, Dr Uchechukwu Ogah, read the address of the President.

Buhari stated that since most mining activities were carried out in remote areas, it was easy for criminals to gain access to the mining industry.

He further said that the money made from the industry was being utilised to fund criminal activities at the expense of the economy of the nation and its security.

The President added that apart from the security consequences of the criminals on the economy, their activities have a negative effect on the security of lives and property of the citizens in several ways.

Buhari said, “The reality of this truth is most obvious in the minerals sector given the fact that mining activities take place in remote localities. Our intelligence gathering efforts have confirmed that most of these criminal elements have infiltrated the mining industry and are using it as a means of funding their despicable activities.

“It is with this understanding that we recently took the painful but necessary decision of banning all forms of mining activities in Zamfara State, where armed banditry has persisted.

“It is in furtherance of our commitment and resolve to address the security challenges that I recently charged the newly-decorated service chiefs that they have just a few weeks to crush all forms of criminality in the country. We cannot yield the sovereignty of our nation to a bunch of individuals, who have refused to see reasons to abandon their criminality.

“The security chiefs have been mandated to forcefully bring this criminality to an immediate end. Let me reiterate that the government is more than capable and more than ever determined to halt all forms of criminality perpetrated by these individuals.”

The President reaffirmed the dedication of his government to transform the economy of Nigeria utilising mining and agriculture industries as a feasible alternative.

Why have some countries suspended the AstraZeneca vaccine?