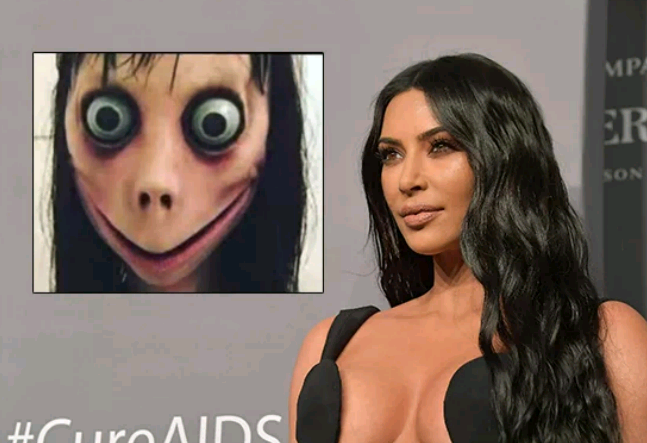 Internet Sensation and Reality Star, Kim Kardashian is advising parents to be mindful of what their kids are watching online as a new so called “Suicide game” spreads via social media.

The ‘Momo challenge’ is the latest trend that could potentially cause young people to kill themselves.

She says, “There is a thing called Momo that’s instructing kids to kill themselves, turn stoves on while everyone is asleep and even threatening to kill the children if they tell their parents. It doesn’t come on instantly so it’s almost as if it waits for you to leave the room then comes on in mid show. There’s also videos of cartoons doing sexual things, violent things and they may look innocent enough at first glance but trust they aren’t!”

According to users, in order to participate in the Momo challenge, kids are asked to do a series of challenges including killing others or themselves after interacting with the character called Momo online.
The goal of the game is to meet Momo.

Some players report receiving violent images and threatening text messages during the night after interacting with Momo online. Callers threatened to appear in their rooms at night and kill them while they are sleeping.

The viral Momo challenge first gained horrifying international attention after a 12-year-old girl
hanged herself in her backyard in Buenos Aires in July 2018. It was reported that the girl recorded her suicide on her cell phone.

Police believe the teenager planned to upload the video of the child committing suicide to social media and credit the Momo challenge for the girl’s suicide.

A 16-year-old boy from Colombia and a 13-year-old boy in Belgium are also believed to be suicide victims of the twisted game.

Momo is accompanied by a creepy image of a woman with distorted facial features and long jet black hair. The image is actually of a sculpture of a woman’s head on a bird’s body. The sculpture was created by a Japanese artist. It is not intended to be associated with the sinister viral challenge.

Authorities warn anyone on YouTube, WhatsApp, Facebook, and other platforms, not to add the creepy image in their online profiles.