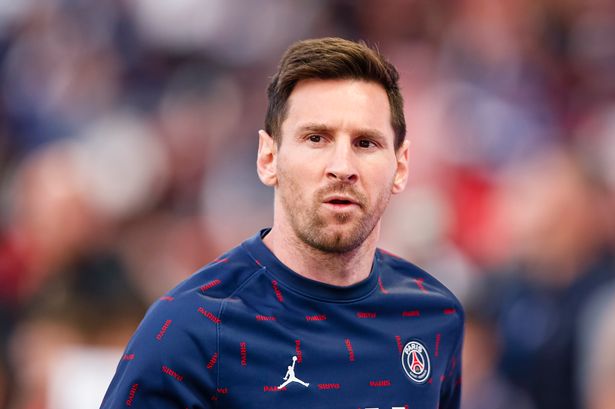 Once the greatest of all time, always regarded as the Greatest Of All Time, Lionel Messi is reported to be holding secret conversations with potential new club in view of leaving Paris Saint Germain this coming summer.

The report comes courtesy of The Athletic, with the potential club speculated to be ‘Inter Miami’ of the Major League Soccer.

The MLS side is co-owned by former Real Madrid player, David Beckham who has frequently spoken of his admiration for the Argentine star.

The 35-year-old is expected to sign with David Beckham’s MLS team in the “coming months,” according to the MLS side, who is confident in their ability to do so.

Due to the fact that Messi has a contract with PSG through June 2023, speculation over his future has unavoidably arisen.

The Argentine forward, who left Barcelona to join PSG in August, has been mentioned in connection with a fantastical comeback.

However, it is believed that for some months, his agents and those of Inter Miami, who look to be dominating the race for his desired signature, have been holding private conversations.

The seven-time Ballon d’Or winner is expected to sign with the MLS team soon because the negotiations are so far along.

Lionel Messi’s future as PSG has been something of a constant conundrum in recent months with former club, Barcelona believed to have considered going after the player again for a final swan song to the club.

There is also the report that Paris Saint Germain are also pushing to have the player extend his contract with the club by activating the contract extension clause the Argentine had signed with the Ligue 1 club.

That being said, the future remains an interesting subject matter for the prolific player who has already stated his interests towards retiring from the game after the World Cup in Qatar.

Could the end of an era be fast upon us?

“Even When I Retire Today, Y’all Can’t Match My Wealth” — Wizkid Blows Hot