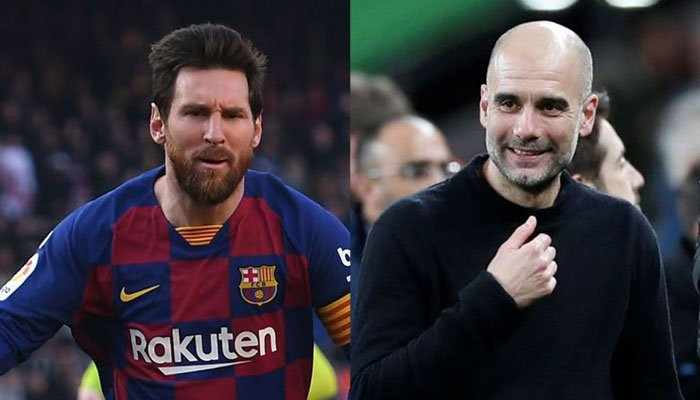 Manchester City football manager Pep Guardiola alongside Barcelona superstar Lionel Messi have each contributed a whooping sum of €1million to help Spain and Argentina in the fight against the coronavirus pandemic.

According to Spanish media reports, Guardiola sent the money (equivalent to his monthly wage at Manchester City) to Barcelona Medical College and the Angel Soler Daniel foundation, a foundation named after a doctor from Santpedor, the town in Barcelona Guardiola hails from.

Guardiola made the financial pledge on Tuesday following an appeal by the foundation over the weekend as the Spanish government declared a state of emergency on Saturday in a bid to quell the coronavirus pandemic.

Messi, the World’s 2019 footballer of the year, made his own contribution after taking part in several campaigns to raise awareness over the past week, highlighting the importance of staying at home and washing hands to avoid the virus from spreading.

According to Catalan newspaper Mundo Deportivo, Messi’s donation totals €1million (£913k), with half the money going to another medical centre back in Argentina. The donation will allow both hospitals to buy more PPE and materials to cope with the huge number of patients who have been affected by coronavirus.

According to Catalan newspaper Mundo Deportivo, Messi’s donation totals €1million and it will be split between two medical centres: Hospital Clinic in Barcelona and another in his native Rosario, Argentina. The donation will allow both hospitals to buy more PPE and materials to cope with the huge number of patients who have been affected by coronavirus.

Barcelona’s Hospital Clinic  made the announcement of Messi’s donation on Twitter on Tuesday night.

“Leo Messi makes a donation for the fight against Covid-19 at the Clinic. Many thanks for your commitment and your support,” it said

Women in Ogun go topless to pray against Coronavirus