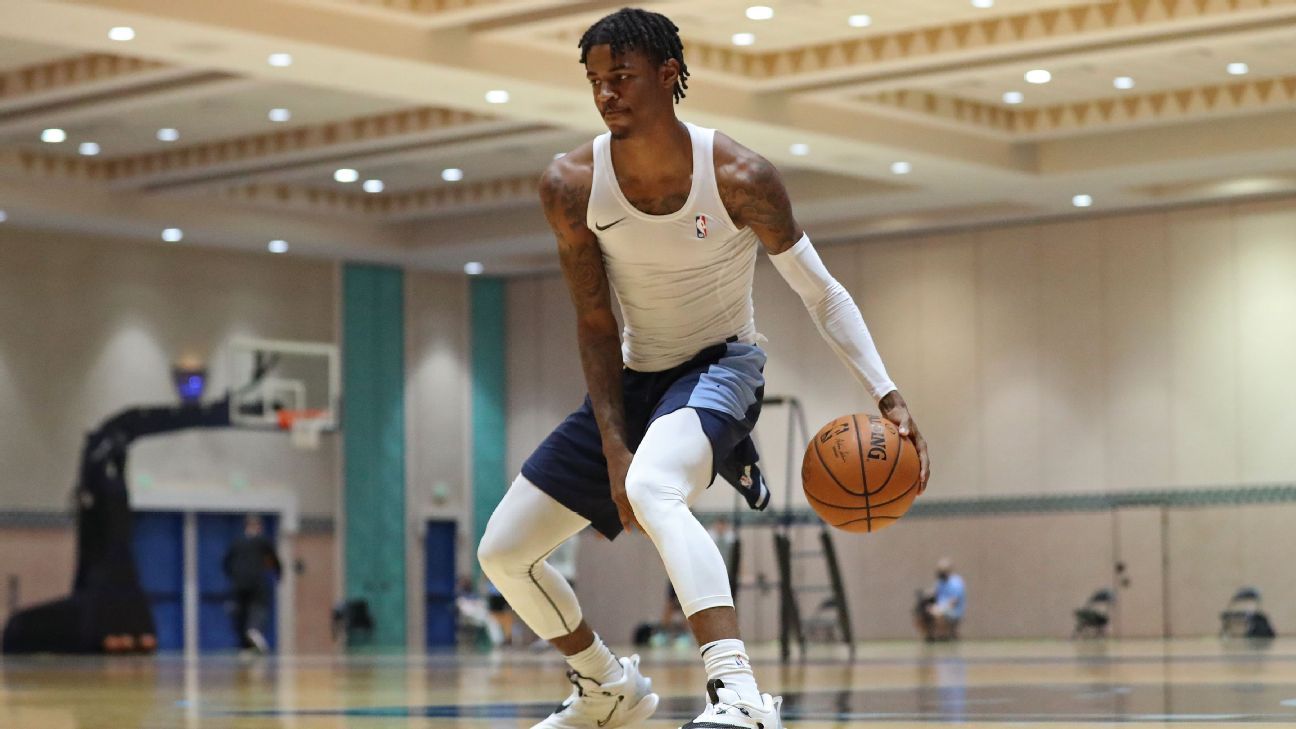 Ja Morant and the Memphis Grizzlies liked where they stood when the NBA was shut down in March.

Now with the NBA restarting, Morant says he thinks it’s unfair that the padding the Grizzlies built between themselves and the closest playoff contenders in the West could prove irrelevant.

“But, you know, we can’t control that,” Morant said in an interview on ESPN’s The Jump that aired Thursday. “Only thing we can control is how, you know, we go out and attack each of these games before that decision is made.”

The Grizzlies are currently the 8-seed and hold a 3½-game lead over three teams. But in the NBA’s bubble format, Memphis would have to be 4½ games ahead when the eight seeding games are complete to avoid a play-in game or games to determine the eighth and last playoff team.

“I just feel like it’s an extra chip,” Morant said when asked if the format could provide the Grizzlies with a chip on their shoulder. “You know — more fuel to the fire, more motivation for us.”

Three of the Grizzlies’ eight games will be against the other West teams fighting for the last playoff spot starting Friday when Memphis faces the Portland Trail Blazers, who are 3½ games back. The Grizzlies play the Pelicans on Monday. The Kings are also 3½ games behind Memphis.

On Sunday, Memphis plays the Spurs, who are four games back.

The Grizzlies had 17 games to play when the season was shut down on March 11.

“Coming into the season, I think we were projected to be 29th, and look at us now,” Morant said on The Jump. “So we just use that as fuel, continue to work. We’re all very hungry. We know what we’re capable of. Just go out and play.”

Morant will benefit from another adjustment the NBA has made for its restart, which begins Thursday. Earlier this month, the league said the eight seeding games would not count toward postseason awards, essentially ending the campaigns for awards, including rookie of the year, which Morant had been a resounding favorite to win over the Pelicans’ Zion Williamson, who missed much of the season after undergoing surgery on his knee.

“It definitely feels good,” Morant said. “As of now, I can’t say that’s my main focus. You know, I have some games to play, try to make the playoffs. But just where I came from, what I’ve done to get here, the things I went through, definitely an honor. I’m blessed.”