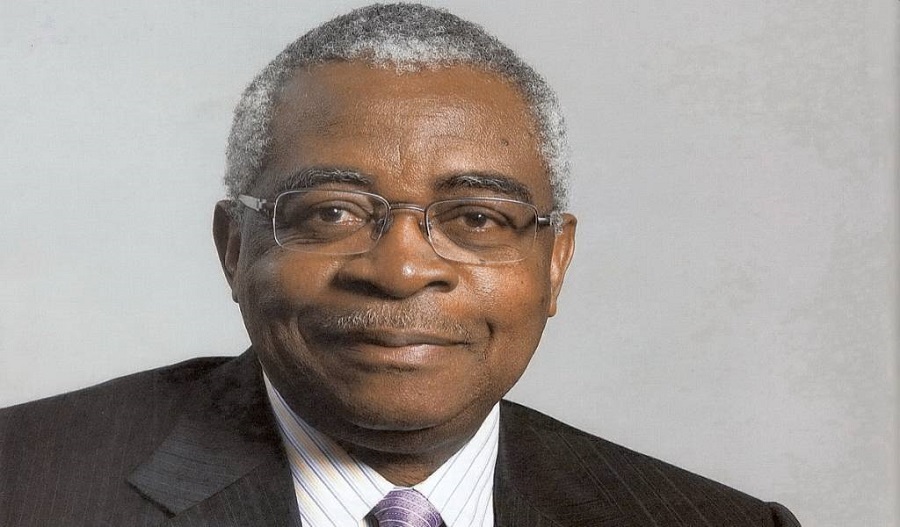 It is clearly uncommon for a retired Military General to remains in the limelight more than four decades after retiring from active service and for reasons totally unconnected to the military service.

This is probably the reason why some might consider General TY Danjuma one of the most controversial businessmen and retired generals in Nigeria.

Vocal as he is in Nigerian political matters, Theophilus Yakubu Danjuma remains an undeniable force in the business environment, pulling weights in some of the most notable companies. Much of his wealth is attributed to his shipping and petroleum interests.

As at 2015, he was worth $750 million and ranked 30th among the top 50 in Africa’s 50 richest list (as compiled by Forbes), until he dropped off the following year due to weak oil prices. His businesses still continues and he remains on several boards still putting his business acumen to use, even in his eighties. The story of his move from the barracks to the boardroom makes for an interesting read.

Theophilus Yakubu was born on 9 December 1938 to Kuru Danjuma and Rufkatu Asibi in Takum, a farming community in Gongola (now Taraba state). Like many other children born during this time, he joined his father to plant yams, rice, cassava, and benniseed.

When he came of age, he had his primary education at Wusasa, and moved to Benue Provincial Secondary School, Katsina-Ala for his secondary education. Theophilus showed great interest in cricket and became the captain of the school cricket team. This, however, did not detract from his intelligence and he still bagged his Higher School Certificate in 1958, and immediately enrolled at the Nigerian College of Arts, Science, and Technology in Zaria (Ahmadu Bello University) to study history on a Northern Nigeria Scholarship. He barely spent a year there, as he left soon after to enrol into the Nigerian Defence Academy.

Danjuma was commissioned into the Nigerian Army as second lieutenant and platoon commander, and commenced his military career in The Congo.

He took part in the UN Peace-keeping force in Sante, Katanga Province in Congo in 1963, was involved in the Nigerian Counter-Coup of 1966 with the 4th Battalion in Mokola, Ibadan. He commanded the Nigerian Army’s 1st Infantry Brigade, and also led a battalion that freed Jaja Wachuku, first Speaker of the Nigerian House of Representatives as well as first Ambassador to the United Nations and first Foreign Affairs Minister, from detention by the Ojukwu government.

On several occasions, he was sent as Nigeria’s representative within and outside the country for several diplomatic missions. He served in active military service from 1960 to 1979 where he retired as a Lieutenant General, and in the highest office in the military – Chief of Army Staff under the military administration of General Olusegun Obasanjo. He later served as Minister of Defence between 1999 and 2003, under the President Olusegun Obasanjo civilian administration.

General Danjuma made his first major foray into the shipping business when he founded the Nigeria American Line (NAL) and leased a ship called ‘Hannatu’ to facilitate trade between Lagos and Santos in Brazil. At this time, Nigeria’s bilateral trade agreement had opened the sea routes to economies in the South American markets and so NAL had patronage from Nigeria’s National Supply Company (NNSC) to bring in government goods.

Its client list later grew to include DICON Salt (Nigeria), Iwopin Paper Mill, ANNAMCO and Volkswagen Nigeria. From about 12 staffs in a single location in 1979, NAL grew over the next three decades to almost 300 staffs.

Danjuma also set up COMET Shipping Agencies Nigeria Limited in 1984 to act as an agent for NAL and COMET grew to become one of the largest independent agents operating in Nigeria, handling many types of vessels and cargo at Lagos, Port Harcourt, Calabar and Warri Ports. NAL-COMET acquired a roll-in-roll-out port (RORO) in Lagos in 2005 and became the largest independent port operators in Africa.

He still retains his stakes in NAL-Comet.

After 15 years running the shipping business, Danjuma decided to veer into oil exploration and production and he founded the South Atlantic Petroleum (SAPETRO) in 1995 to serve as a vehicle for this interest.

The prospecting led to the discovery of Akpo (a condensate field), the Egina Main, Egina South, Preowei and Kuro. In 2004, SAPETRO won a tender process for an oil exploration contract covering 550 square kilometres offshore from the Republic of Benin and this opened the way for other transnational deals.

In June 2006, SAPETRO divested part of its contractor rights and obligations to China National Offshore Oil Corporation (CNOOC), but Danjuma still remains Chairman, while his wife is Vice Chairman.

He also owns some real estate and has stakes in Notore Chemical Industries (manufacturer of urea fertilizer).

Other interests and honours

TY Danjuma holds the national honour, General Commander of the Order of the Niger (GCON). He also has several other national and international awards and titles, as well as honorary doctorate degrees from different universities, within and outside Nigeria.

Besides the companies he founded, General Danjuma has sat on the board of other companies like the NatCom Development & Investment Limited “NatCom”, (trading as ntel) where he assumed position as Board Chairman in 2016. He also served seven years as the chairman of Agip Africa until 1995 when he left to start SAPETRO.

He has also been appointed into several committees and councils by the government, like in 2003 when he served as Chairperson for investigative committee on the Warri conflict. Danjuma also serves as Chairman of the Victims’ Support Fund Committee, supporting the victims of terror such as the Chibok schoolgirls kidnapping.

The TY Danjuma Foundation was set up in December 2008 and now partners with several Non-Governmental Organisations across the country to carry philanthropic gestures to the hinter areas and alleviate poverty.

The foundation targets the provision of basic amenities, education for children and young adults, and free medical care for indigent people. Over ₦3 Billion has been awarded as grants to NGOs working related goals in the area. Although the works first started in Taraba, Danjuma’s home state, it has extended to other areas. About 290 projects have been implemented across 31 states and the FCT, with over 8 Million people reached.

Every year since its inception, the foundation calls for concept notes and applications for funds from organisations with projects focused on health and education.

Related Topics:TwitterTY Danjuma
Up Next