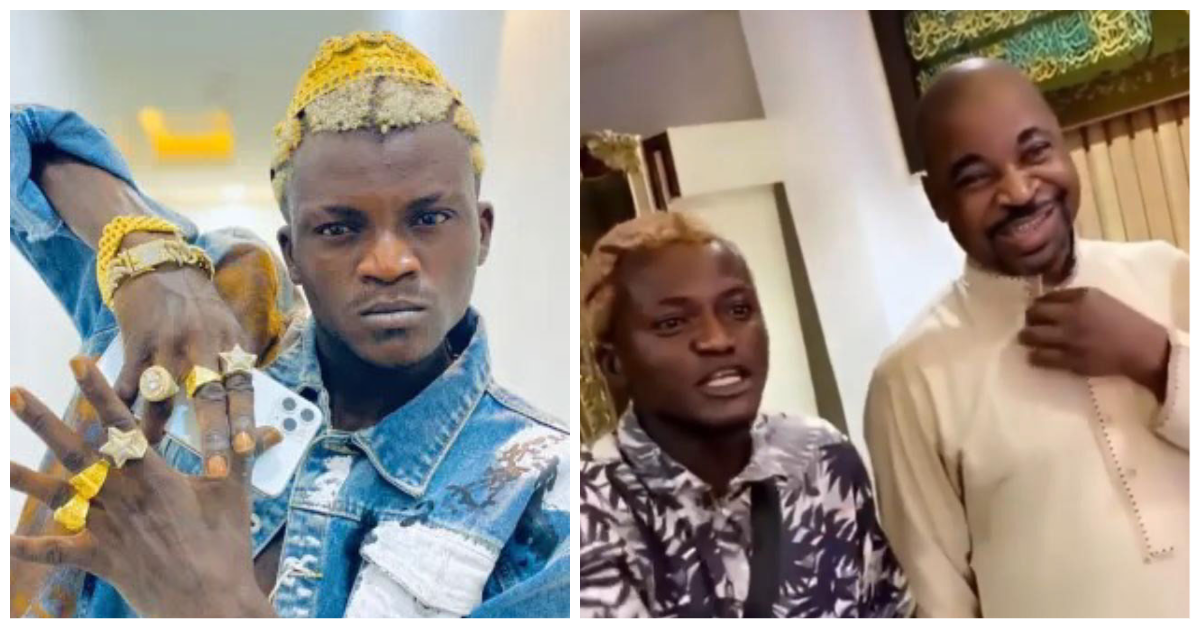 The chairman of National Union of Road Transport Workers, NURTW, MC Oluomo, has given his full support to controversial singer, Portable amidst backlash of ‘One million boys’

Recall that the street-pop singer, Portable received a series of backlash over his statement of being one of the founding fathers of the notorious Lagos cult groups, One million boys and Ajah boys.

The singer, however, made a U-turn after his ‘confession’ caught the attention of the state police.

According to him, when he mentioned one million boys, he meant his ‘one million fans’.

At the present event, the singer took to his Instagram page and shared a video where MC Oluomo assured him his safety at the locations where he had been threatened not to step foot.

This is also coming after Portable accused the party of ‘ripping him’ and lied about the reason for [saying him som loads of cash during the Osun State rally.

Singer Portable alleged that the huge sum of cash he collected from the party was for his performance at a show, as he was unaware that they were taking him to a rally.

Portable accused the APC of trying to ruin his career, noting that he collected N10m payment, but they are yet to give him the balance of his payment. Read More.

In the video with Portable, Oluomo said in part;

“This is Lagos state, I cannot say anyone should not walk. You said he should not step foot in Agege, Lekki, and Oshodi; who are in those places if not us,”.

Watch the video below …