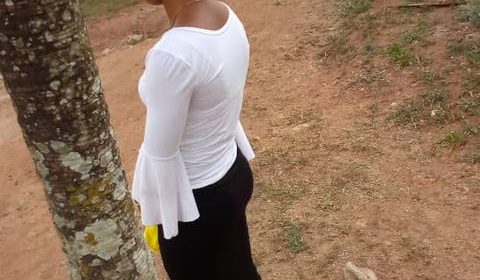 A married Nigerian man has reportedly paid the sum of two million naira to a lady he raped after they met on Facebook N2m, to cover up the case.

Media personality, Blossom Martins made the disclosure in a Facebook post she shared. From the post she shared, it was gathered that the lady involved met the man on her wall.

Blossom one of your followers raped me, I ve been crying all day, this man is wicked and mean, I begged this man to let me go but he insisted, and he is married,

Aunty blossom his name is Mr …………. pls ma, I see how you call out people and fight for your community girls, pls call out this man for me pls ma, I am begging you pls

I want to pay back this man for what he did to me, I commented on your post that I need money for my school fees he chatted me to come and collect it,

I went to collect it and he raped me,  and gave me the money,

I have been crying since morning

This is not fair, this is his wife and kids, all the pictures I sent to you

Pls ma, help me, he even told me to do my worst

This is his number too ……. pls ma pls

The Nigerian man who shared his own side of the story after the rape incident, said he met girl and had sex with her after granting her Christmas wish of getting N30k to start a business.

He revealed that the rape incident occurred the second time they met after he agreed to pay her school fees.

Mrs blossom, pls hear from me first before you join this devil to destroy my home,

I met this girl on your wall last year, you asked them to ask for what they want for Christmas and she said she needed 30k for business, I inbox her and told her to send her number, she sent it, and I called her and explained to her that I can’t do transfer as my wife is my accountant,

But I can get the money cash and give her, she agreed, And I told her to meet me at my friend’s wedding that evening,

She came and after I gave her the money, I asked her to wait and eat rice naa, and she waited and ate and packed some take away, she just stayed at the wedding since she was not in a rush to go,

When we were about leaving, I told her to enter the car let us drop her as we where going to club she said okay,

But one of my friend convinced her to follow us and go clubbing,

Then she agreed and went clubbing with us, we were out till 4am, before I wanted to go to my hotel room, cos my wife knows am not coming home that night,

She said she can’t go that I should pay hotel room for her! I explained to her my friend already paid for my room and I don’t do transfer…. after so much drags, she finally agreed and went with me to the room,

And one thing lead to the other, we had sex, in the morning I gave her additional 20k and she was so grateful and left, since then she will chat me and greet me I never respond, I will send you our chats of how she greets me every day and I don’t respond….

Last week, you wrote about 2k lunch and she commented about school fees, I messaged her and asked her how much she said 47k,

She kept disturbing me since that day I asked her how much,

Till I told her at on vacation at lekki, or less she wants to come there, Or she can wait when I come to main land, she said she was coming…

She came to where I was, then I gave her the money,

Then she said she wanted to take pictures, I helped her snapped,

Then I begged her to cook indomie for me, she agreed and cooked for me….

We ate together then,

That was when I was drawn to her, I kissed her then I entered her,

But when I entered she started saying I should use condom,

There was no condom in the house, I didn’t buy, I even begged her to pls allow me that I will not release inside her….

She refused, Ana I don’t know what came over me, I now had sex with her, I begged her after I came but she said she will expose me and all, I even gave her extra 30k and I made sure she took the money…

Mrs Blossom pls leave my marriage out of this, I am not perfect,

But this is what happened,

After this message I called him, and he agreed to forcing himself on her, but he kept saying it was because he had no condom not because my girl said NO….

The actual fact still remains the girl was raped and I have hospital test results to back this claim up… the man is respected and is asking us to settle out of police, court and social media……

The girl who happens to be the victim, told me half truth,

Yes she was raped, but the circumstances leading to her being rape is the issue for me…..

she has said the man treated her like an animal and all…. that she wants justice….

Pls I want people with an open mind to read through and tell me if I should go ahead and strike..

The media personality who shared an update on the case, said the lady agreed to take the N2m the man offered her to cover up the case so his wife and family won’t know about it. The lady is also to sign an undertaken of never bringing up the case again.

See the update below;

Earlier today, the both parties with their lawyers had a meeting to discuss the resolution of the case.

I was on the phone with the man almost all day as He kept pleading we resolve the issues without involving his family, the police and the court.

He pleaded, saying he wouldn’t have done what he did if he hadn’t slept with the girl prior to now. He has apologized, paid the girl’s hospital bills and personally initiated the meeting today.

The girl has sores all over her vagina, a cut on her waist, and pains all over her body. She currently has a doctor’s report and pictures to prove this. Her roommate, who saw her when she came back can also prove this.

Initially, the girl wanted justice by getting the man arrested, taking him to court and making him go to jail with the evidences she has against him but then the man’s lawyer came up with these claims;

1. His client was seduced into having consensual sex with the girl for the two encounters. She would have collected her money and left but she always wanted to stay back on her own freewill….

2. His client was always financially generous to the girl after every sexual encounter.

3. The fight was after the first round of sex not before the sex happened.

4. His client never invited the girl over.

5. The client never voluntarily promised to pay her school fees. Rather he was lured into promising her the money via her incessant WhatsApp messages. This very act pressurized him and put him in a position to render an unintended help.

On the other hand, the girl’s lawyer claims the following:

1. His client was in need and vulnerable which the young man took advantage of.

2. His client has never called the man to ask for money rather the man has always being the one reaching out to help this young and vulnerable girl.

3. Their first sexual encounter was against my client’s will as She was lured against her will and was put in an unfavorable situation leaving her with no choice other than to sleep with the man.

4. At every of their meeting, the man puts out a demand for my client to meet before and after any help is rendered.

She was put under this same condition the last time and all my client asked was for him to use a condom. He refused the plea as he likes it raw.

These were all from the their lawyers.

After so much back and forth, the girl’s mother who was also part of the meeting asked that the matter be resolved so she could peacefully take her daughter home to heal.

The lawyers agreed for a financial settlement which both parties agreed to.

The guy is to do the following.

1. Do a written apology to the girl and her family.

2. Sign an undertaking to stay away from the girl and her family.

The girl is to

1. Sign that she was compensated for every damage and harm caused.

2. Agree to never bother the guy now or in the future regarding this issue.

Deliberations were made on the amount for the compensation.

The girl wanted a sum of 5million naira compensation. After much deliberations, they came down to N2million naira which should be made in a minimum of three installments.

The guy agreed to these terms in order to protect his family name, his marriage and avoid public shame.

All documents to these will be signed tomorrow as this was were the deliberations for today ended.