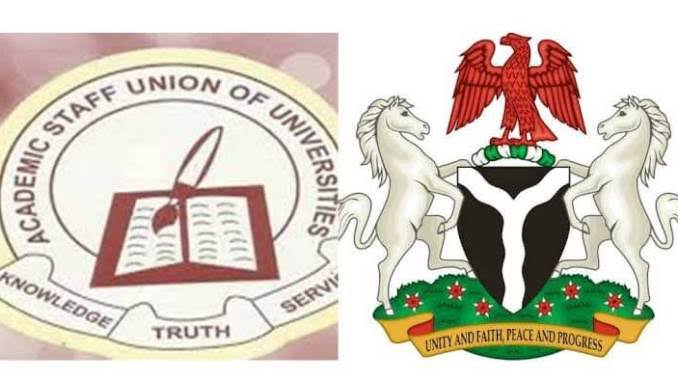 The Academic Staff Union of Universities has asked the National Assembly to introduce a law that mandates government officers’ children to attend public schools in Nigeria.

This was said by ASUU President, Emmanuel Osodeke, at the reconvened meeting with the Federal Government, being conciliated by the Minister of Labour and Employment, in Abuja, on Thursday.

“I hope other ministers will follow the same step as you. I think you are the only minister whose children are in the country. We see others standing by their children outside the country during graduation. But we saw you standing by one of your children who graduated in Lagos, proudly”,he said.

“We hope all others will emulate you and that government will make it mandatory that if you accept a government appointment, your children must attend universities in the country.

“The National Assembly must formulate a law that if you take an appointment, your children must study here. If you know that your children cannot be here, don’t take government appointment.”

“When you hear those in government who send their children to schools abroad say that ASUU go on strike, they should know that strike is not the problem.

“The problem is that the issues afflicting the universities; nobody is interested in tackling them. Look at the budget we have seen recently, it is exactly the same thing we have been seeing; nothing has changed.

“And this country is paying the high price for neglecting education- the banditry you see, the kidnapping and what have you, is because people are not being taken care of.

“That is why ASUU has been struggling so that Nigerian universities will be revamped so that as our children go outside for learning.”

Ngige however assured ASUU that despite low resources, the federal government would not neglect the public universities and reiterated the government’s readiness to cooperate with ASUU and others interested in revamping the educational system.

Read full article on The Guardian.