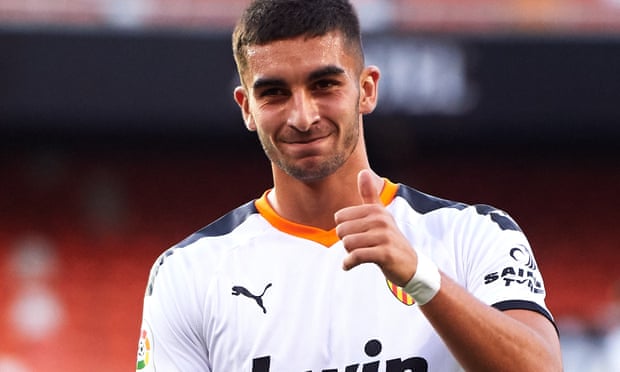 Transfer: Manchester City agreed on a deal to sign Ferran Torres from Valencia

Manchester City has agreed on a deal to sign Ferran Torres from Valencia for £24.5m (€27m) plus add-ons after successful talks on Wednesday.

Pep Guardiola, having sanctioned the sale of Leroy Sané to Bayern Munich after Germany forward refused a new contract, targeted Torres to add to his attacking options after an impressive season in which the 20-year-old became Valencia’s youngest goalscorer in the Champions League.

Torres has agreed on personal terms with City on a contract until 2025 and is understood to be keen on working with Guardiola. Despite Valencia initially demanding €45m for a player who in November became the youngest in their history to play 50 La Liga games, they have accepted a lower bid with significant add-ons given he has only one year left on his deal.

City is also in the market for central defenders and has held talks with Bournemouth over Nathan Aké. Their director of football, Txiki Begiristain, has said he is expecting a “strange” transfer window given that it will remain open for several weeks after the start of the new season on 12 September.

“We have to be ready,” he told City’s website. “We have less time than ever, so people will have to move fast. We still have the Champions League, so we have to wait to move forward.