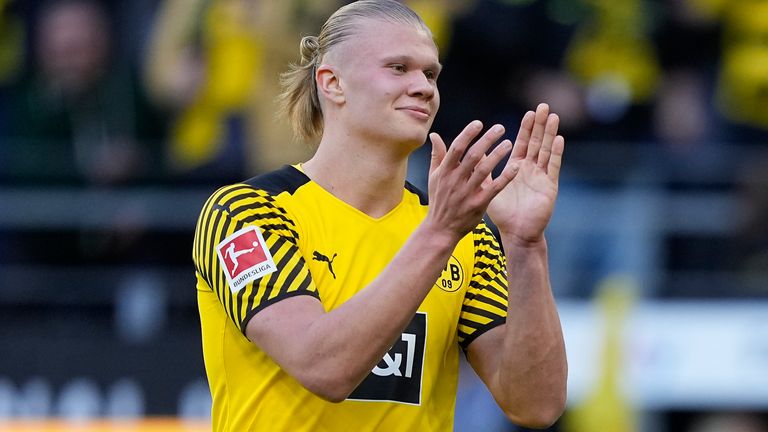 Sky Sports News have confirmed that Erling Haaland completed a medical at Hospital Erasme in Brussels on Monday.

Sky Germany also confirmed the striker told Borussia Dortmund he will leave the club in the summer.

Haaland’s release clause according to his contract is €75m.

The clause stipulates Haaland’s transfer fee will have to be paid in one payment and not in instalments like many top transfers.

Guardiola earlier said, City “are playing with good strikers this season, so I don’t know what is going to happen in the future.

He has told Dortmund that he wants to leave this summer and the Manchester City Chief Executive Ferran Soriano told Borussia Dortmund last week that City are ready to pay his release clause. Now it looks like it’s just a formality. My colleague David Ornstein at the Athletic thinks that the deal will be done this week.

£63m sounds like a bargain- but you must consider how much is it going to cost Man City. You must pay the 63m, you’re going to have to pay all the related agent fees and you must pay his wages.

I think he is getting a five-year contract. He’s going to be paid between £400k-£500K a week, so you’re talking about an investment which is going to be around £200m.

But you speak to anybody in the game, and they will say it is worth it because he is such a great striker.

He is only 21 and he’s going to have resale value in 5 years’ time if, for example, he wants to move to Spain and play for Real Madrid, you’re going to get a big transfer fee for him because by then he will still be 26/27.