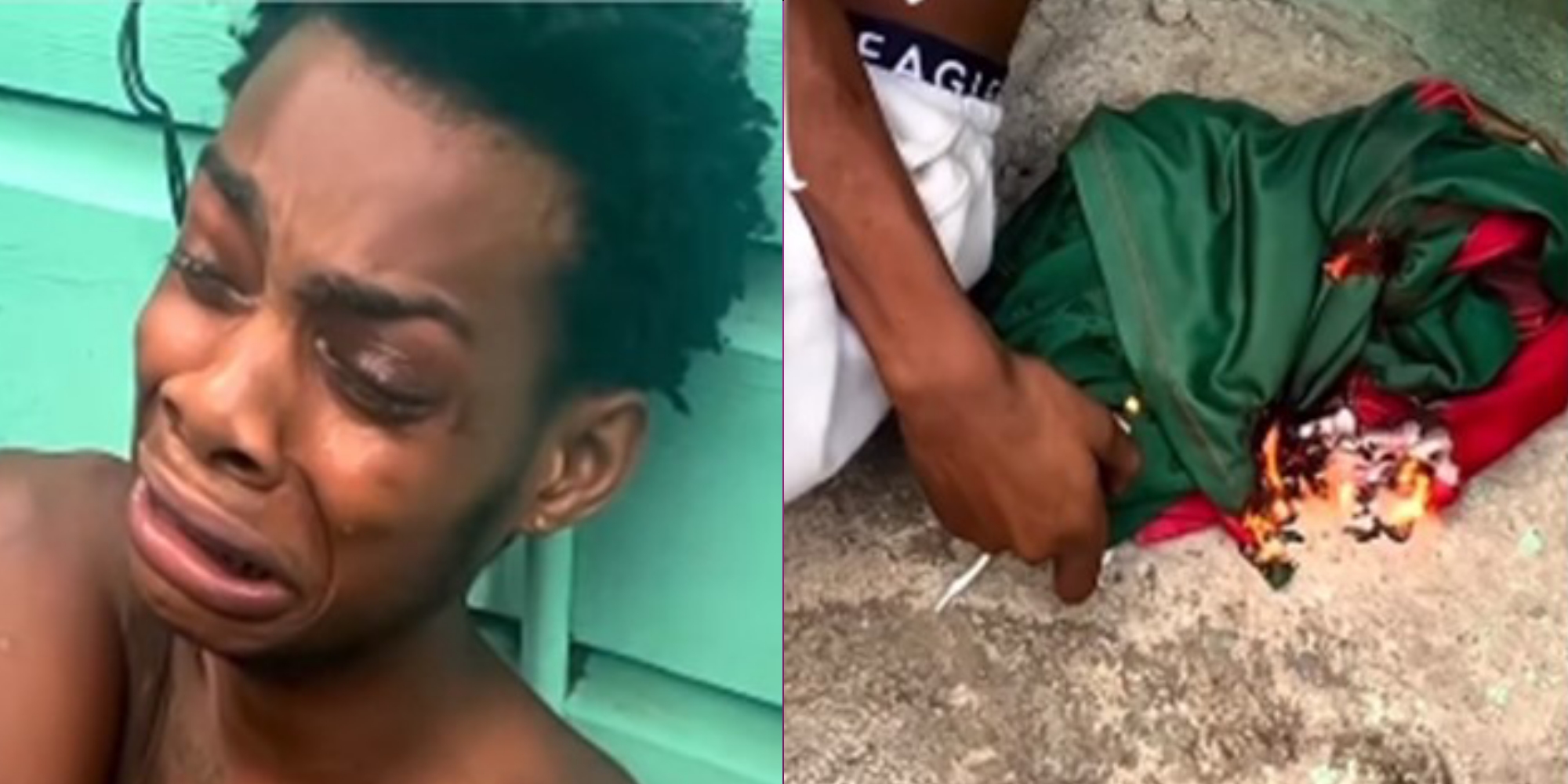 A Nigerian man in his youth has broken down in tears after his girlfriend allegedly dumped him.

In a video gaining mixed reactions, the young man set ablaze a pair of jersey his supposed girlfriend bought for him while they were still dating.

He was recently dumped by his girlfriend and it broke his heart deeply that he decided to get rid of the jersey which reminds him of her.

The jilted lover was also captured crying uncontrollably bare-chested and with only a pair of shorts on his body.

He could be seen using a lighter to set the jerseys he had received from his ex-girlfriend as a gift.

Meanwhile, a Lady revealed what her madam did to her facial appearance after she was caught in bed and being intimate with her husband.

The supposed maid had claimed that she was brutally assaulted by her female boss because she was cheating with the woman’s husband.

According to her, she was doing her boss a favor by sleeping with her husband and maintaining her husband, for which she was ungrateful.

She shared a video online showing the injuries and swellings on her face after being brutalized by the man’s wife.

She claimed that her boss came home unexpectedly and descended on her after catching them together in bed.

According to the maid, the wife poured a substance on her face and beat her to a pulp making her whole body covered in marks.