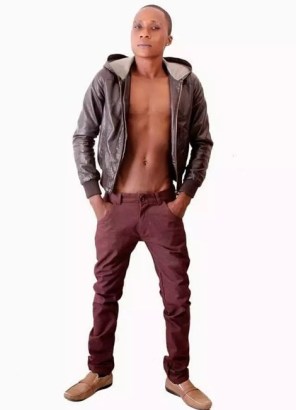 
A popular Kenyan musician identified as Sheldi Gorgeouz, has made a shocking revelation on how he spent a total amount of money valued at N41.2million to whiten (bleach) his skin.

The controversial musician who launched his career back in 2011, stated that he had to spend the major part of his life savings to undergo the bleaching procedure. He also added that he should never be compared with popular socialite, Vera Sidika as he had to consult three top notch physicians.

He claimed his bleaching procedures are even copyrighted and no one has the right utilise the formula as well as the procedure without due consultation with him.

He posted his new photos and wrote;

“I had to hire three physicians, one from China, the other one from London, and my main physician from New York City. They manufactured a special body cream just for me, and it’s my copyright. No one else uses the cream, unless with my permission and authority.”

He stated that contrary to rumours, he is not going to consider his procedure ‘bleaching’ as it is popular called when you change the tone of your skin, especially from dark to light. He claimed what he had done is referred to as brightening and that the cream he used was made exclusively for him.

“Yes, I did skin brightening. I spent 165 Million Kenyan Shillings, (which when converted to Nigerian currency is about N41.2million) I know it is a lot of money that i had to part with, even if it as not really convenient for me at that time, but am just glad I achieved what I wanted and I think I can consider myself being fulfilled. My skin brightening process took place in the United States, but I thank God it was successful,” the musician wrote.

Related Topics:SKIN BLEACHING
Up Next

Funke Akindele Writes A Beautiful Note About Herself On Instagram