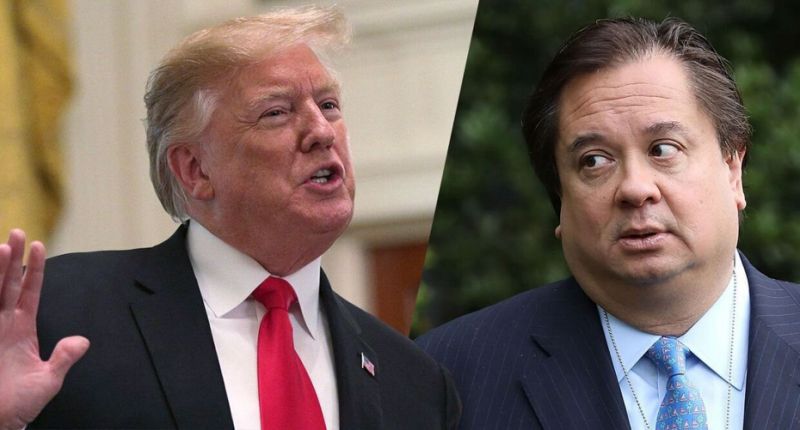 Husband of White House counselor Kellyanne Conway, George Conway has slamed President Trump for his view of special counsel Robert Mueller’s investigation as “purely in terms of your own ego,” adding that the president “should pay with your office.”

“Think of it,” Conway, an outspoken critic of President Trump, started in a lengthy Twitter thread. “The Russia investigation was a legitimate investigation, with a legitimate basis, into how a hostile foreign power tried to interfere with and undermine our democracy. It was in the best interests of the nation — in the interests of all Americans, no matter who they voted for — that this investigation be allowed to proceed to its rightful conclusion, without improper attempts to obstruct it, if only so that we could all know what really happened and take steps to see that it never happens again.”

Conway blamed Trump’s take on the investigation into Russian interference in the 2016 presidential election on his being “a malignant narcissist — a person with both narcissistic and antisocial personality disorders,” a diagnosis he has repeatedly applied to his wife’s boss.

“Instead of complying with your oath of office, and instead of taking stock of what was in the best interests of the nation whose Constitution and laws you swore to uphold, you viewed the matter purely in terms of your own ego,” said Conway. “You viewed the investigation as casting doubt on what you perceive as your great election victory (in which your opponent garnered nearly three million more votes than you did), and so you took multiple steps to obstruct, and repeatedly lied about, the investigation from the outset.”

Conway was responding to Trump, who tweeted Sunday morning: “Think of it. I became President of the United States in one of the most hard fought and consequential elections in the history of our great nation. From long before I ever took office, I was under a sick & unlawful investigation concerning what has become known as the Russian Hoax.”

He added: “My campaign was being seriously spied upon by intel agencies and the Democrats. This never happened before in American history, and it all turned out to be a total scam, a Witch Hunt, that yielded No Collusion, No Obstruction. This must never be allowed to happen again!”

Although Mueller’s two-year probe found no conspiracy between Trump’s 2016 presidential campaign and Russia, the redacted report detailed “multiple acts by the President that were capable of exerting undue influence over law enforcement investigations, including the Russian-interference and obstruction investigations.” It also stated that “while this report does not conclude that the president committed a crime, it also does not exonerate him” on the obstruction of justice issue.

Still, despite laying out the evidence of possible obstruction like attempting to get Mueller fired, no conclusions were drawn on the matter, and Attorney General William Barr decided not to bring charges against the president, which Trump declared as “complete and total exoneration.”

“Even today, despite the well-founded assessments of the intelligence community, and despite the damning evidence laid out in the Mueller report, you refuse to take what the Russians did seriously,” said Conway. “Instead, you continue to lie, calling the investigation a ‘hoax’ and an ‘attempted coup,’ and you didn’t even mention Russia’s conduct in your recent 90-minute conversation with Putin, the man who seeks to undermine our institutions.”