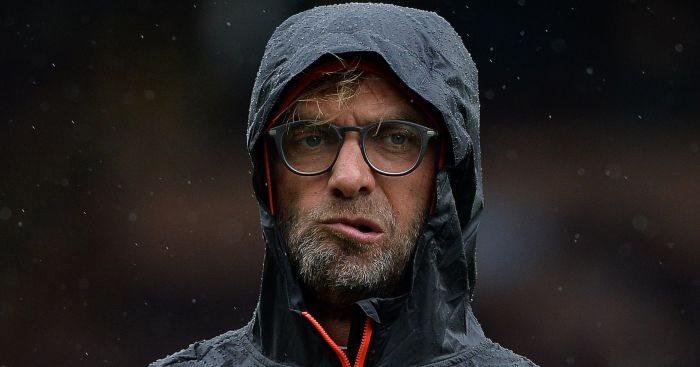 It very much could be the 2020/21 season all over again as Liverpool are reportedly in trouble ahead of the Community Shield clash against Manchester City.

This comes after the club confirms the absence of 6 of its players to injuries ahead of the Community Shield clash.

First choice Goal Keeper, Alisson Becker is a confirmed absence ahead of the fixture, with the Liverpool manager, Jurgen Klopp revealing the Brazilian is a doubt for the game.

Speaking on Becker’s availability post the Community Shield clash, Klopp affirmed that the Goal Keeper will “definitely be available” for the Premier League season opener against Fulham.

The Brazilian has not featured in any of the recent pre-season games with Liverpool after suffering a knock in training.

Aside Alisson, Liverpool’s academy graduate, Caoimhin Kelleher, a Goal Keeper also who won the club the Carabao Cup versus Chelsea is a confirmed absentee for that fixture.

This leaves Adrian San Miguel as the only senior man in between the stakes for the Reds going into the weekend clash against Premier League title rivals, Manchester City.

Other confirmed absentees are Diogo Jota who hasn’t featured in the pre-season for Liverpool after suffering a Hamstring injury in training in the early weeks of the pre-season tour.

Then there is Alex Oxlade Chamberlain who also encountered same hamstring issue after the 5-0 victory versus RB Leipzig. Kostas Tsimikas is also a doubt that will be assessed after suffering a knock to the knee in training on Tuesday.

New signing, Calvin Ramsay is also out injured after an injury was detected during a scan on the former Aberdeen player.

The injury lists going into the Premier League season will a feeling of déjà vu in Liverpool fans considering a similar case occurred in the 2020/21 campaign, and if Klopp is to be the superstitious kind, he surely would make moves to prevent a total disaster of a season from now.