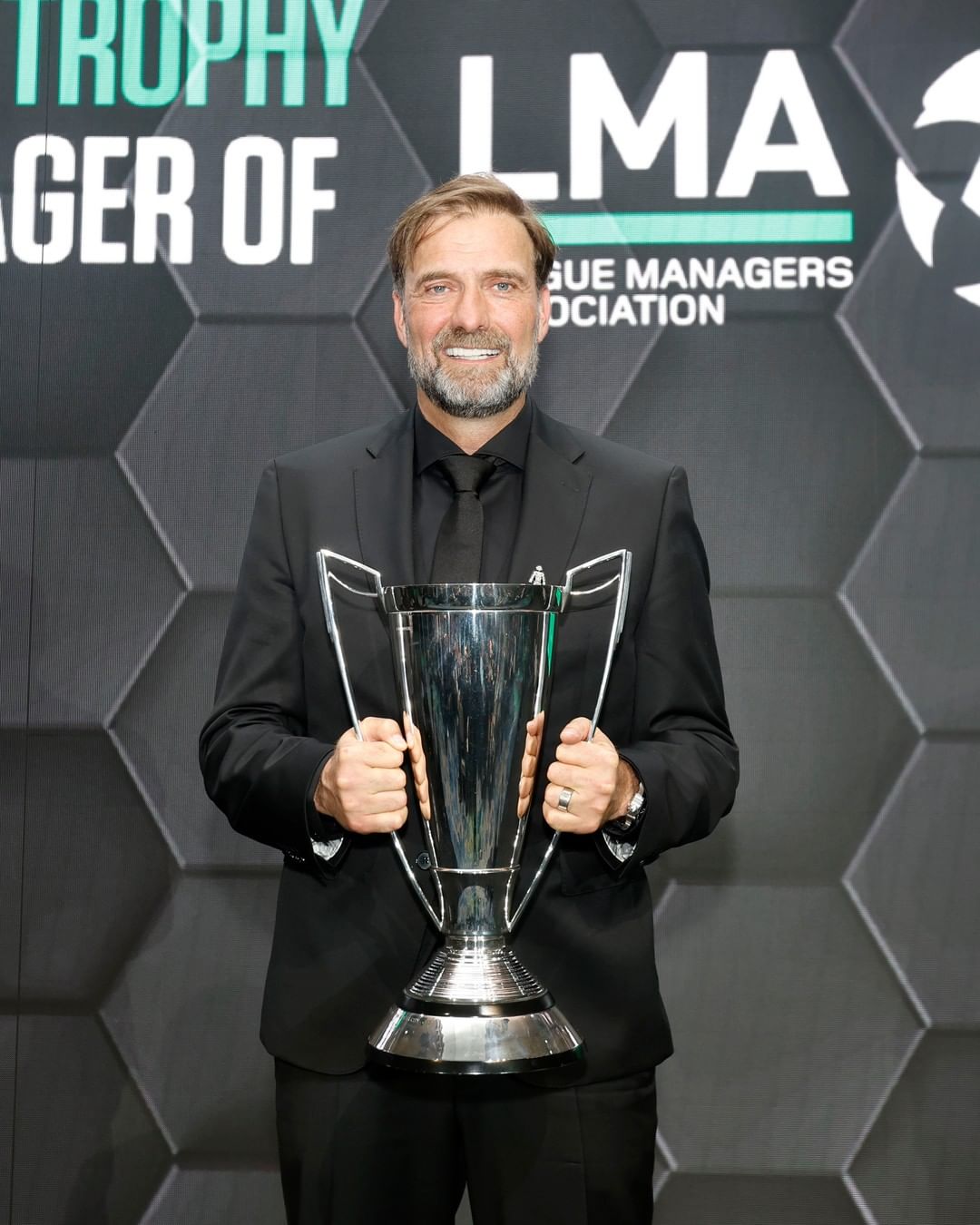 It’s been a season to remember for Liverpool fans, as the club claimed 2 out of 3 domestic titles this season, and even though controversies surround Jurgen Klopp relating to his merits for the Premier League manager of the season award, the English FA did not fail to award him the title last night.

Jurgen Klopp led Liverpool to FA Cup and Carabao Cup glory this season with the Reds finishing just a point behind Manchester City in the race for the Premier League title; and while at it, managed to get into a Champions League final in Paris against Real Madrid.

Liverpool took the title race down to the final match day, almost peeping City to the title before later interventions by City midfielder, Ilkay Gundogan, as the Merseyside club racked up 92 points while finishing runners-up as they came so close to winning the Quadruple than any other English side in history.

The Liverpool manager was on hand to receive the awards at the glittering ceremony in London, and was awarded another title by Former Manchester United boss, Sir Alex Ferguson.

Reflecting on the climax to the Premier League season while accepting his award, Klopp said: “It was a bit nervy, it wasn’t the best outcome for us, but we are already over it.

“And when you win a prize like this you are either a genius, or you have the best coaching staff in the world. I am here with four of my coaching staff, and they know how much I appreciate them.”

The announcement of the prestigious accolade for Klopp was made at the 30th annual League Managers Association (LMA) Awards dinner.