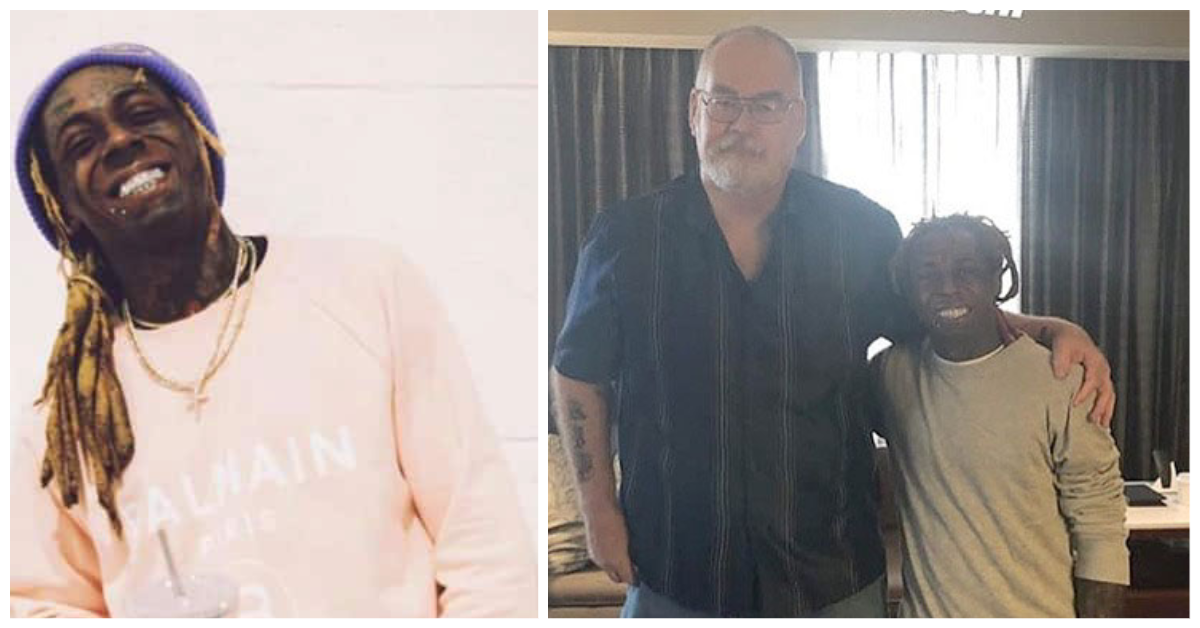 The former Orleans police officer, Robert Hoobler, reportedly dead at age 65 on Friday, July 22, in his home in Louisiana, and the artiste, Lil Wayne, has come out to pay his respect.

Details about the cause of death have yet to be revealed. However, he had been dealing with health issues following a car accident and a struggle with diabetes.

Also, the grandson of the deceased, Daniel Nelson, affirmed that he suffered from lingering health issues stemming from a car accident and struggled with diabetes, which eventually led to both of his legs being amputated.

‘That reason being you and faith. RIP uncle Bob. Aunt Kathie been waiting for u. I’ll love & miss u both and live for us all,”

Recall that sometime last year, Lil Wayne revealed, during an interview with former NKL star Emmanuel Acho, that he was struggling with mental health as a child at age 12, and attempted suicide in 1994. The rapper called the police before taking his mother’s gun from her bedroom and shooting himself in the chest.

According to Wayne the police arrived on the scene but jumped over him, focusing on the weapon and drugs that were in the house. Hoobler, who was off-duty at the time but heard a dispatch about the incident from his police radio, showed up and immediately turned his attention to Wayne.

“It took a guy named Uncle Bob, he ran up there and when he got to the top of the steps and saw me there. He refused to even step over me,” Wayne said. “One of them yelled, ‘I got the drugs,’ and that’s when he went crazy. He was like, ‘I don’t give a fuck about no drugs! Do you not see the baby on the ground?!’”

The rapper said that Hoobler’s fellow officers said they had called an ambulance, but Hoobler recognized more urgent action was needed. “He called one of their names [and said] ‘Your car, now!’ Picked me up and just kept telling me some shit like, ‘You’re not gonna die on me, you’re not gonna die on me.’… He got me to the hospital, he brought me there and made sure I was good.”

The rapper and Hoobler kept in contact and privately reunited multiple times over the years. In 2020, amid protests against police brutality and racism following the murder of George Floyd by police, Wayne discussed how Hoobler shaped his perspective on police. “My life was saved by a white cop. Uncle Bob,” the rapper said during an episode of his Beats 1 show. “Therefore, you have to understand the way I view police, period.”

Hoobler left law enforcement in 2012 when he was charged with malfeasance after being accused of shocking a man with a stun gun and using racial slurs during an arrest. He was convicted, served probation, and was later pardoned as a first-time offender.