Lawal Usman cries out over insecurity in Kaduna
Advertisement 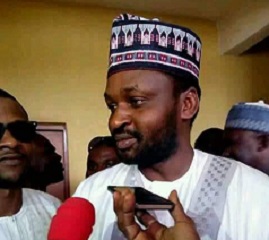 The senatorial candidate for Kaduna Central in the 2019 elections under PDP, Alhaji Lawal Adamu Usman, has cried out over the killings by bandits in the attacks on several communities in Giwa LGA of Kaduna State.

Alhaji Usman noted that the last Sunday attack launched by bandits where many people were killed was totally unacceptable and called on authorities concerned to take necessary steps to stop further reoccurrence in any part of the state.

Alhaji Usman said he observed that the escalation of the security situation in Kaduna State was due to the levity and condescension in the handling of the situation by the state government under Nasir El-rufai.

He opined that every community in Kaduna State and other places must renew their collective resolve to bring an end to the mindless killings, stressing that it is the best way to support in easing the pains of the affected families.

According to him, “I share the pain of the bereaved and displaced families and indeed the entire people of the affected villages of Ruheya, Kauran Pawa, Marke and Idasu Gari.”

He believed there is an apparent lack of expressed empathy on the side of government, urging the people to engage in extensive prayers for God’s intervention as the enormity of the deadly attacks and destructions are beyond human comprehension and requires divine intervention.

He condemned the attitude of government and the security forces for not taking the battle to the cells of the murderous bandits and the slow response to distress calls by endangered communities.

Starting in 2011, the insecurity left from the conflict between the Fulani and Hausa ethnic groups quickly allowed other criminal and jihadist elements to form in the region.

Related Topics:banditryinsecurityKadunaLawal Usman
Up Next