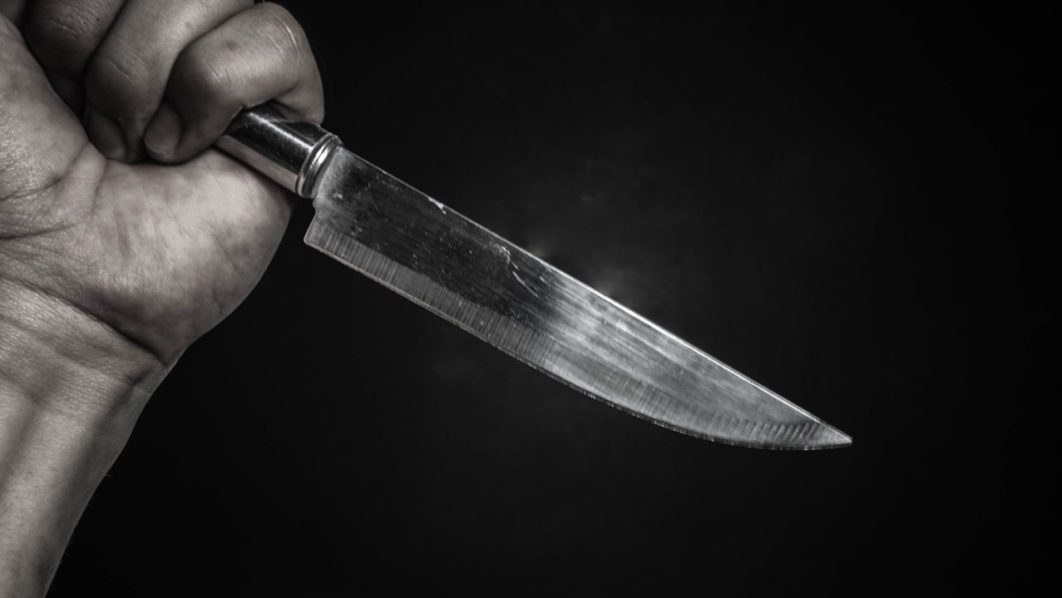 While Nigerians busied themselves with the details of the APC presidential primaries, a crime was being committed in Ibadan.

Reports has it that a 29 year old man, Ayodeji Oyeleye, who is identified as the son of a landlord in Atah Estate, Awotan, Ibadan, Oyo State had stabbed Mrs. Abidemi Adebola Johnson, a widowed tenant who resided in the Estate.

The incident is said to have occurred at about 11 on Wednesday.

It was reported that the suspect, who was living with his parents in a different house built also by his father in Olomo area of Apete community, went to the Awotan residence on for reasons undisclosed.

Eye witness accounts reported hearing a struggle in the residence where the deceased Mrs. Johnson lived, which they had mistaken to be armed robbers.

This got them to call police officers in the Apete Division.

When the Officers arrived, they together with the neighbors met the woman almost at the entrance door where she laid in a pool of blood.

Stab wounds were discovered on her neck and stomach, indicating the use of a knife on the woman.

Reports revealed that the suspect had gone to hide in the ceiling of the house, before he was caught by the police.

The suspect was promptly questioned on his reasons for murdering the woman in cold blood, and he confessed to have gotten angry due to an argument which led to him stabbing her.

Residents though allege he must have tried to rape the deceased in a struggled that prompted the fatal stabbing.

Ahmad Lawan reveals why he contested against Tinubu