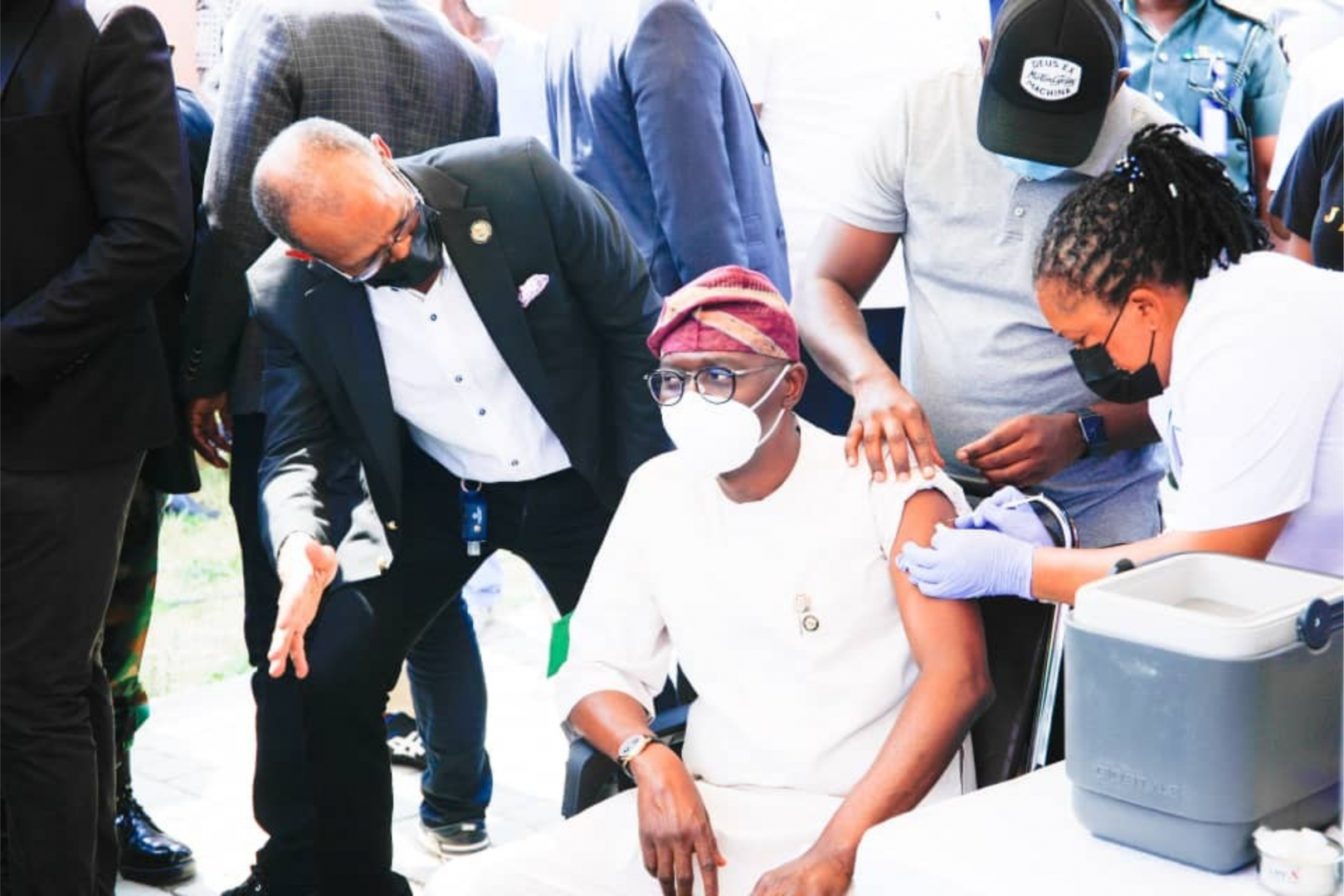 On Thursday, the Federal Government announced that it was satisfied with the turnout of Nigerians for COVID-19 vaccination as the number of vaccinated persons rose to 325,514.

Dr Faisal Shuiab, Executive Director of the National Primary Healthcare Development Agency, who stated this in a text message to one of our correspondents, said the progress recorded was better than what government envisaged.

The NPHCDA boss said this as the National Association of Nigerian Nurses and Midwives said it was not carried along in the exercise.

Also on Thursday, as allegations of the sale of the vaccine surfaced in Lagos, the state government challenged anybody with a proof of the illegal act to present it.

You would recall that Shuaib on Wednesday accused Lagos State of jettisoning the vaccination guidelines of the NPHCDA.

In response to an enquiry, on Thursday, Shuaib wrote, “We have obtained information from Lagos State Honourable Commissioner of Health that they don’t have a parallel system. They explained that it’s the same district health immunisation system 2.”

Asked if he was satisfied with the turnout for the vaccination, he stated, ‘Yes I am. The progress is better than what we anticipated.”

But the National President of the NANNM, Mike Nnachi, in an interview with one of our correspondents, faulted the exercise.

He said he had thought that government would seek the association’s audience in the administration of the vaccine on nurses across the country.

He said, “The thing is that I thought the association would be involved to mobilise our people, but up till now, we have not heard anything.

“Even when it started, I thought the association would be approached. We are ever willing because we are part of government so but when such was not forthcoming, there was nothing I could do.”

When asked if the association was satisfied with the vaccination, Nnachi said, “I thought that we should have been involved because our members are frontline health workers. There is no way the vaccine can be given without a nurse. Everyone knows that it is our core area; administration of injection, but we cannot fight anybody because government is our own. We are part of government.”

On his part, the Lagos State Commissioner for Health, Prof. Akin Abayomi, in a statement on Thursday, urged residents of the state, who were qualified for the ongoing COVID-19 vaccination, to register at registration portal before visiting any of the 88 vaccination sites.

He stated, “We encourage all Lagosians hoping to be vaccinated according to the qualification criteria for phase one to strictly utilise the pre-registration portal provided by the National Primary Health Care Development Agency and get a schedule vaccination appointment before visiting the vaccination site as scheduled.”

The commissioner explained that after a successful pre-registration, a vaccination ID would be generated by the portal with a confirmation text message and email sent to each enrollee.

“The generated pre-registration ID, confirmation text message and a valid means of identification are the guarantees that an eligible person who fits into phase one of vaccination would be attended to when he visits any of the 88 vaccination sites as scheduled, to get the COVID vaccine”, he said.

Meanwhile, some Twitter users on Thursday alleged that the AstraZeneca COVID-19 vaccine was being sold in Lagos.

A twitter user, @irizzzy alleged that the vaccine was being sold for N100,000, while @ulxma said she witnessed the vaccine being sold at Ikate Primary Health Centre.

Also, @ulxma, wrote, “I think the people who dragged that lady for saying that Nigerian health centres are selling the vaccine owe her a huge apology. I’m presently at a health centre in Ikate and people are coming with SUVs and having vaccine sold to them before our very eyes. I’m pissed!”

But the state Commissioner for Information, Mr Gbenga Omotoso, challenged anyone with the proof that the COVID-19 vaccine was being sold to come forward.

Omotoso, in an interview with one of our correspondents, also said it was not true that the state had a separate portal for the registration.

“Lagos is still leading other states in the vaccination drive. We have vaccinated over 88,000 people now. Many other states have yet to start. There are hitches here and there, but not the type that cannot be surmounted. Most of the problems we have come from the slowness of the server of the portal and the network issues. Such problems have been causing congestion at the vaccination centres.

“The people that are entitled to it are well spelt out; frontline workers, who could even be drivers of ambulances, doctors, nurses, laboratory attendants, policemen, journalists and the military people. People have said that foreigners are being given preferential treatment because they have been able to bribe officials. That is wrong. You can be a foreigner and be a frontline worker.

“Anybody with a proof of where COVID-19 vaccine is being sold in Lagos should bring the proof. I can assure the person that the Lagos State Government is going to punish whoever is involved. That was what they said about the Police Clinic in Falomo and we made an unscheduled visit to the place today (Thursday). We saw what was going on there and it was in order. The only problem they have is that they don’t have enough cards and people were complaining that they have been there for long.”

Also reacting to the allegation, the National President of NANNM ,Nnachi, warned members of the association against involving in the illegal act.

He said “I am not aware of that. Government has said that it must not be sold . If anybody does that, that person is working against the government.”

The Chairman of the Lagos State chapter of the Nigerian Medical Association, Dr Adetunji Adenekan, said he was not aware that COVID-19 vaccine was being sold in the state.

He said, “The NMA Lagos is satisfied with the way the vaccination is being carried out in the state so far. What we are trying to do is to encourage all our members to go for the vaccination.

“An appreciable number of our members have been vaccinated, but we want more of them to go for the vaccination.

“Whatever hiccups that have been noticed are just mild administrative lapses and they are usually corrected immediately.”

Adenekan said a total of 33,672 health workers have been vaccinated so far in Lagos State.

As of Tuesday, Nigeria had vaccinated 215,277 persons.