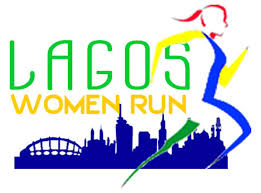 The 2021 Lagos Women Run has said that over 15,000 women have registered through a dedicated app for its virtual run category.

This was disclosed by the General Coordinator of Lagos Women Run, Tayo Popoola.

The event, which is the sixth of the 10km all-women race, holds on Saturday, 13th of November, with the starting point at the Teslim Balogun Stadium in Surulere, and finish point at the Mobolaji Johnson Sports Arena, Onikan on Lagos Island.

However, Popoola said only invited runners would feature in the physical race as organisers were trying to adhere to COVID-19 directives.

“The physical race is being restricted to only the invited runners because we need to observe all protocols on COVID-19, and don’t forget that Lagos has been adjudged as one of the best cities of the world that has been able to curtail the spread of the pandemic despite being an epicentre.

“We won’t be having the usual crowd associated with our race in the past. But the virtual race, we are having registration of over 15, 000 runners for that day,” Popoola said.
She added that the annual event had turned a platform for women to celebrate the city of Lagos.

“The Lagos Women Run is becoming bigger and we are happy. It is not just about racing, but a celebration of the women and the city of Lagos to show what we have to the world.

“This is one big platform for the women to come together to celebrate Lagos under the umbrella of the race. There is a lot of creativity coming out of this as the women have the opportunity of socialising and networking. I can tell you, more women are getting involved in this and we are happy to see it happening.”

Related Topics:Lagos Women Run 2021
Up Next