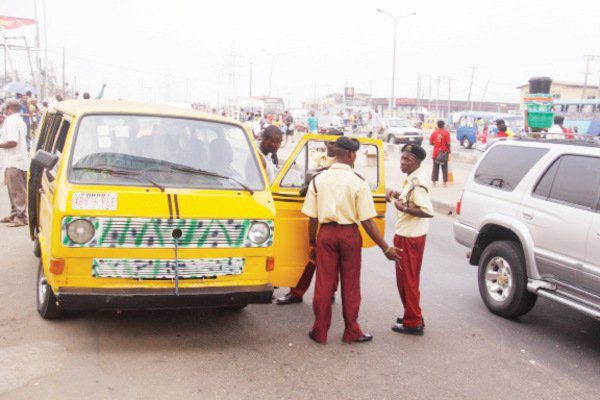 LASTMA officials on the road

The Lagos state government has warned motorists against attacking LASTMA officials, saying offenders will be made to face the law.

The state’s Commissioner for Information and Strategy, Mr Gbenga Omotoso, said this on Tuesday at a forum in Ikeja.

The event, with the theme, ‘Repositioning of traffic information agencies for better performance,’ was organised by the Lagos State Traffic Management Authority in conjunction with Lagos Traffic Radio.

Omotoso said, “It is important to note that where there are rights there are also responsibilities and we are urging motorists who do not want to obey traffic laws and attack traffic officers to change their minds because it is primitive. That kind of habit should not be found in the Lagos of our dreams.

“These people do not think that it is also their own responsibilities to keep our roads safe for driving and to keep traffic moving; they just see it as the role of LASTMA alone. Therefore, anybody who attacks any LASTMA official should be ready to face the law.”

The commissioner also faulted the harsh application of the law by LASTMA officials which had generated public complaints.

“It is now common to find motorists throwing verbal assaults and comments on what they perceive as an attempt to generate revenue through a flimsy application of the Transport Sector Reform Law 2018.

“Some of these officers are found to apply this law harshly and they make the agency become the butt of jokes on social media platforms. This is not right,” he said.

The Commissioner for Transportation, Dr Frederic Oladehinde, who was represented by Mr Gbolahan Toriola, said the synergy between LASTMA and LTR towards traffic management was critical to the economic prosperity and the realisation of Governor Babajide Sanwo-Olu’s THEMES agenda in the state.