Lagos plumber drowns to death after falling into well
Advertisement 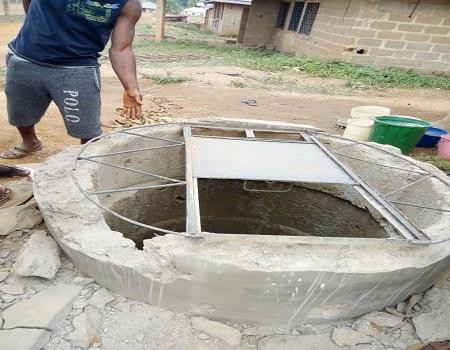 Bankole Adeshina, a Nigerian plumber has lost his life while working inside a well on Abosede Awolola Street in the Itamaga area of Ikorodu, Lagos State, TopNaija reports.

TopNaija’s finding reveals that Adeshina and his apprentice, Tajudeen Akasoro, were working together when the 50-year-old, who was said to have supported himself with a rope, entered the well to do some repairs. While coming out, it was learnt that the rope snapped and Adeshina fell into the well.

Immediately the incident happened, TopNaija gathered that emergency responders, including personnel of the Lagos State Fire Service and the state police command from the Igbogbo Police Division were contacted to rescue the victim. However, efforts by Tajudeen and some residents to quickly rescue Adeshina proved abortive as he drowned.

When journaalists visited the scene of the incident, residents who spoke on condition of anonymity, said officials of the fire service were assisted by the police to recover Adeshina’s corpse from the well.

“Immediately the incident happened, we informed the police and the state fire service was also contacted and they came here to recover his corpse,” a resident said. Another resident said Adeshina would have survived the fall if the well was wide enough, adding that its narrowness compounded the situation.

When contacted, the state Police Public Relations Officer, Bala Elkana, said a resident, Patrick Adeyemi, informed the police about the incident, adding that after Adeshina’s body was recovered from the well, it was deposited in the mortuary for autopsy.

Elkana stated, “On July 8, 2020, around 9.10pm, one Patrick Adeyemi of No. 10 Abosede Awolola Street, Itamaga, Ikorodu, came to the charge room and reported that he employed one Bankole Adeshina, 50, and one Tajudeen Akasoro, day to work on the well in his compound and when Adeshina was coming out of the well, the rope he used suddenly snapped.

“Unfortunately, Adeshina fell inside the well and died. Our detectives visited the scene of the incident and the corpse was recovered with the combined efforts of officials of the state fire service. The corpse was evacuated and deposited in the Ikorodu General Hospital’s mortuary for autopsy.”

Related Topics:Bankole Adeshina
Up Next