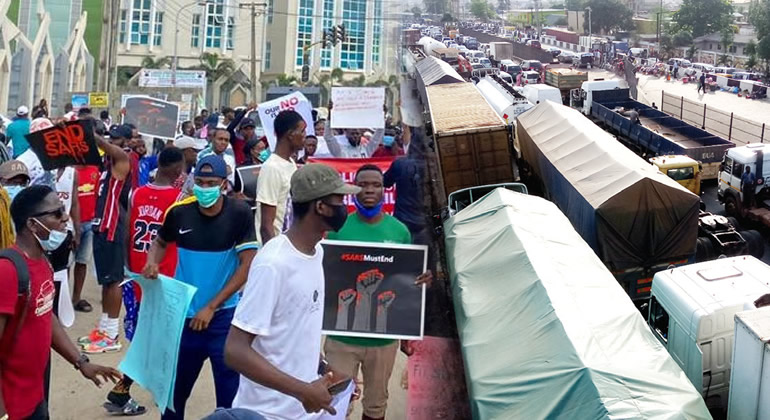 The Lagos State Government loses at least N234m due to the closure of tollgates as the #EndSARS protests on the Island, Topnaija reports.

However, the state has continued to generate money from adverts at the toll plazas.

The figure was obtained from the daily and monthly targets set for the tollgates by the government, which owns the tollgates, which are being managed by the Lekki Concession Company.

The commissioner said the Lekki-Ikoyi Link Bridge was not expected to generate less than N300m monthly, while the Admiralty Circle Plaza generates about N500m monthly.

“At least 80,000 cars use the tollgates every day. The figure could be higher or lower depending on the day of the week. However, since the protests started, the Lekki tollgate has been completely shut, while the Ikoyi one has been left permanently open for people to use without payment,” he said.

Heavy duty trucks/buses with two or more heavy axles pay N1,000 at the Admiralty Circle Plaza on the Lekki-Epe Expressway, according to the LCC.

When contacted on the telephone, the spokesperson for the LCC, Veronica Jacob, said, “We have no comment on the tollgates for now.”

The state Commissioner for Information, Gbenga Omotoso, neither responded to calls nor a text message on Sunday.