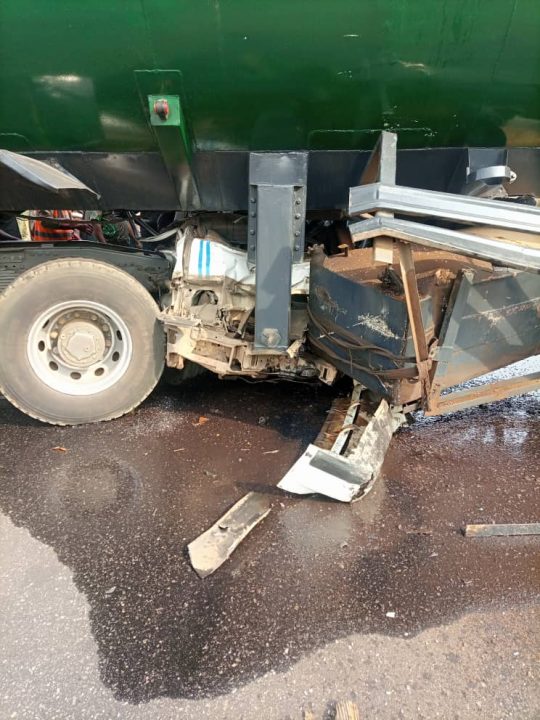 Scene of the accident. | Photo Source: The Punch

A motor accident on the Lagos-Ibadan Expressway has left four persons dead while 12 others sustained varying degrees of injuries.

The accident occurred on Tuesday at 10:54 am around Oniworo, Fidiwo village in the Ewekoro Local Government Area of Ogun State.

This was disclosed in a statement by the Public Education Officer of the Federal Road Safety Corps, Ogun Sector Command, Florence Okpe, on Tuesday.

She said, “16 persons were involved which comprised 13 male adults and three female adults.

“A total of 12 persons were injured; nine male adults and three female adults.

“Unfortunately, four deaths were recorded from the crash, all male adults.

“The suspected causes of the crash were speed and loss of control.

“The injured victims were taken to Victory Hospital, Ogere and Idera Hospital Sagamu while the bodies of the dead were deposited at FOS Ipara.”

“He also commiserated with the family of the crash victims and enjoined them to contact FRSC Ogunmakin for more information about the crash.”