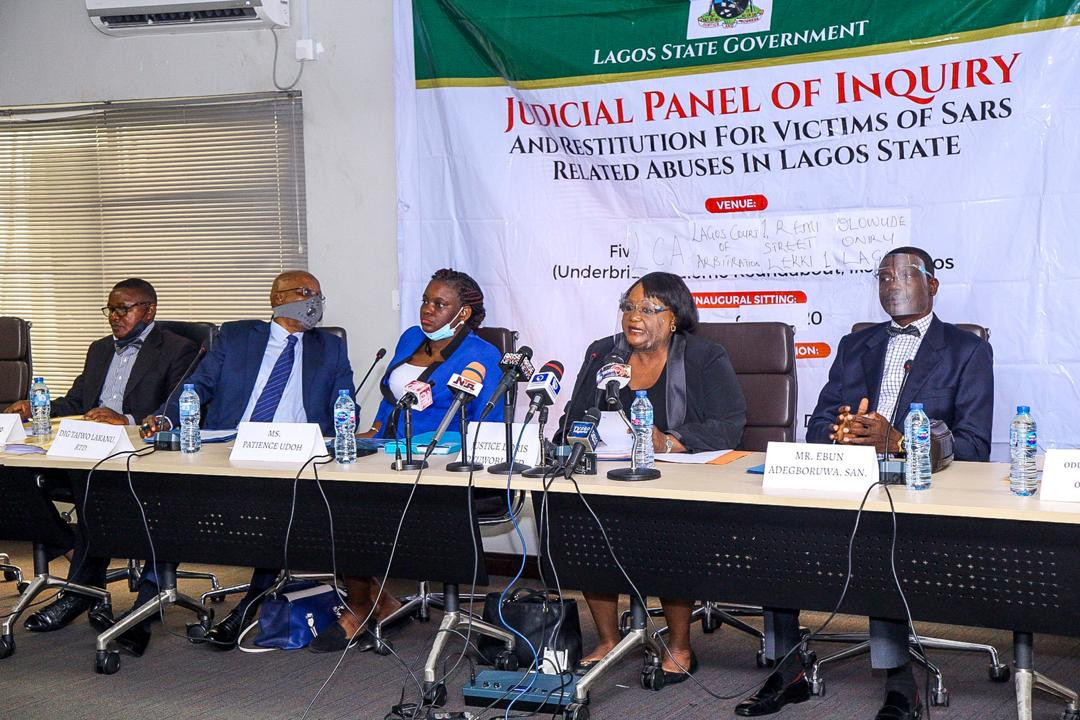 Lagos State Judicial Panel of Inquiry investigating cases of brutality and human rights abuses by the Police and its disbanded Special Anti-Robbery Squad (SARS) has concluded its assignment.

Chairman of the Panel, Justice Doris Okuwobi told newsmen that the long-awaited report of the October 20, 2020 Lekki Tollgate ‘shootings’ is being prepared as investigation of the incident, including the taking of evidence and exhibits, had been completed.

Okuwobi assured petitioners that the panel’s recommendations would include compensation to victims, if any, of the Lekki Tollgate incident.

She added that untreated or unconcluded petitions will be sent to the supervising Lagos State Ministry of Justice, which may set up a human rights body to handle them.

End SARS is a decentralised social movement, and series of mass protests against police brutality in Nigeria. The slogan calls for the disbanding of the Special Anti-Robbery Squad (SARS), a notorious unit of the Nigerian Police with a long record of abuses.

The protests which takes its name from the slogan started in 2017 as a Twitter campaign using the hashtag #EndSARS to demand the disbanding of the unit by the Nigerian government.

After experiencing a revitalisation in October 2020 following more revelations of the abuses of the unit, mass demonstrations occurred throughout the major cities of Nigeria, accompanied by vociferous outrage on social media platforms. About 28 million tweets bearing the hashtag have been accumulated on Twitter alone.