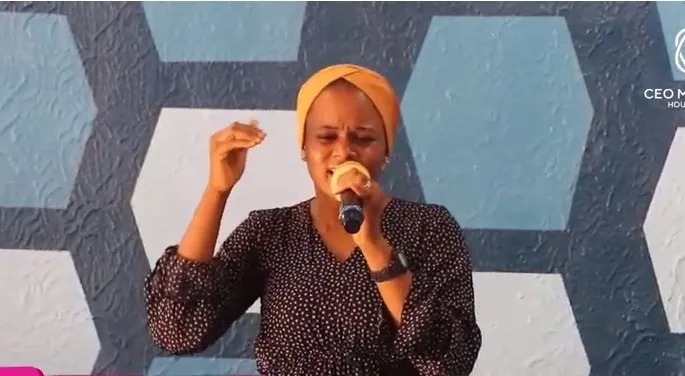 Nigerian Evangelist Pastor Benita Okeke of Watchtower Prayer Network has given her 2 cents to single ladies setting a path to marriage.

The evangelist urged single ladies to work and make their own money before thinking of becoming somebody’s wife.

She stated this while speaking during a sermon on ladies who are too quick to dumb their school certificates.

She, however, criticized the quickened desire by some women to get married without having a job or career from which they make a living.

The wife to Evangelist Emmanuel Okeke weighed in on how some women dump their certificates after bagging degrees simply because they want to get married at a young age and be taken care of by their husbands.

She also recounted a story a woman told her about how she is the one who has been taking care of him since they got married.

Watch her speak below:

leeeymarrh; Having your own money is nice but ma’am I want to be oga wife tho

veevogee; Marriage isn’t a joke. It comes with responsibilities. Both parties has to be financially Stable to make it work

calabar_chic; Pretty important… you SHOULDNT ever HAVE to depend on someone else for your financial independence! Ladies.. having your own is a big FLEXXX!

feyisayorichards; Abeg let people do whatever suits them best and stop doing as if you get the marriage syllabus

prettygifttyy; Abeg leave me I want to be like Regina Daniels

only1_ednariches; She’s right oh, as a lady don’t go into marriage broke. Having ur own money is priceless oh

isaiahandy; We need more of her kind on the pulpit. In our part of the world, females are mostly taught marriage is the ultimate hence this unfortunate situation.

Related Topics:Evangelist Benita
Up Next

I Want My New Songs To Inspire My Kids — Wizkid