Looting of warehouses caused by protests, not poverty —Adesina 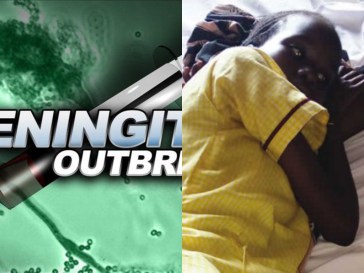 The Federal Capital Territory Administration has responded to the death of pupils at the LEA Primary School in Kubwa and it was reported that the cause of the death of the pupils was a suspected case of Cerebrospinal Meningitis and not food poison as widely spread.

The Director of Public Health in Health and Human Service Secretariat, FCT, Dr. Humphrey Okoroukwu, made this known in an interview with News Agency of Nigeria in Abuja.

There was a report on Tuesday that two pupils of Local Education Authority Kubwa II School, Nehemiah Yahaya and Yahaya Garba, both 14 years old, died after allegedly consuming birthday biscuit.

According to the report, the two deceased pupils in primary four and five respectively, died after eating biscuits at a party allegedly organised by unknown persons.

Okoroukwu explained that after investigation by a team of public health officers deployed to the area, it was revealed that the pupils might have died of suspected CSM.

He said though no laboratory confirmation was done, but based on what the parents and guardians of the deceased pupils presented, they were all signs and symptoms of CSM.

According to him, the victims did not participate in any birthday celebration.

The director added that other students hospitalised and discharged did not take any poisoned food and that the Medical Director of Kubwa General Hospital also confirmed that.

“Our team from public health here and that of Bwari Area Council were deployed to Kubwa, FCT, immediately. And from our investigation, the death of the two kids has nothing to do with food poisoning as alleged.“As I speak to you now, our health workers are on ground to sensitise the entire community.”

He said surveillance team had also been deployed to sensitise the people of the community on meningitis “because this is the season people often experience CSM.”