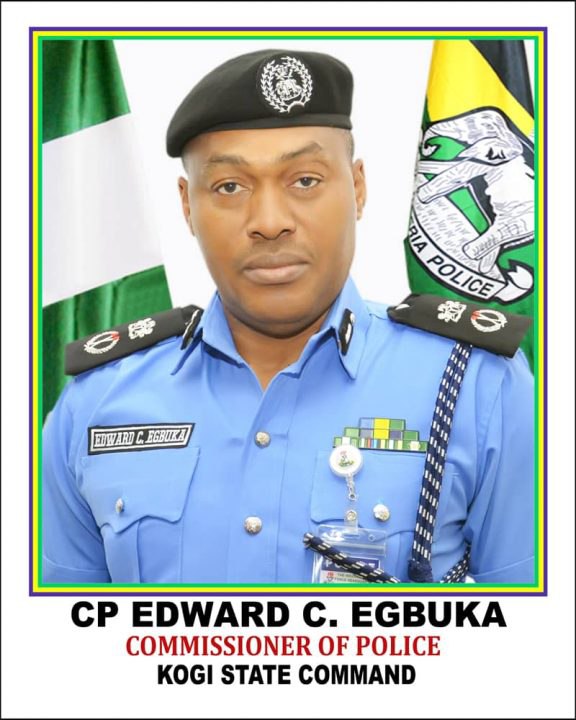 Kogi State Police Command has announced the assumption of duty of its new and 36th Commissioner of Police, CP Edward Chuka Egbuka.

This follows the redeployment of CP Idrisu Dauda Dabban to the Force Headquarters as the Commissioner of Police Communications.

Edward Egbuka was enlisted into the Police Force on 15th March, 1988 as a Cadet Assistant Superintendent of Police having trained at the Police Academy Annex, Kaduna State.

The statement revealed that he is also a double degree holder, which consists of a B. Sc. (Hons) in History and International Relations from the University of Calabar and a Law Degree from the River State University of Science and Technology.

“He is a seasoned international Police Officer who has transversed the length and breadth of law enforcement and Policing with International peacekeeping experience.

“He is a member of the International Association of Chiefs of Police. He attended several Tactical and Leadership courses within and outside Nigeria. From 1994-1995, he was at the United Nations as a Civil Police Observer in Rwanda, East Africa,” the statement read in part.

“CP Egbuka served in various capacities within the Force to include the immediate past Commissioner of Police in charge of Plateau State Police Command.

“CP Egbuka served as Assistant Force Secretary at the Force Headquarters, Abuja and Divisional Police Officer in different Divisions across the Federation.

“His hobbies include long-distance walking, reading, playing and watching football, as well as listening to good music.

“He is happily married and blessed with Children.

Related Topics:Commissioner of Police in the stateCP Edward Chuka EgbukaKogi state police command
Up Next

‘PDP is a failure, don’t think Govt will give you a job,’ says Buhari