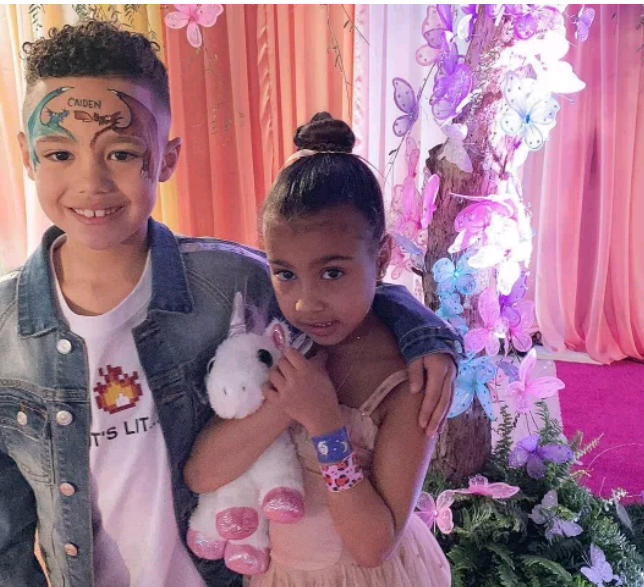 Kim and Kanye’s first daughter, North West, age 5, has a “boyfriend”. In case you didn’t know, he is Caiden Mills, 7 year old son of world renowned rapper, Consequence. And get this, Caiden already buys her things from Tiffany & Co!

Naturally, the internet feels very weird about it.
Basically, Caiden Mills has his very own Instagram account where he (read: his parents) have been posting pictures with captions that reference North as his “boo.” It’s a little weird considering neither of them are old enough to run their own social media accounts.
View this post on Instagram
Boo’d Up ???
A post shared by Caiden Mills (@caiden817) on Feb 9, 2019 at 6:08pm PST
It looks like he even bought her something from Tiffany & Co.

Caiden’s family and the Wests go way back because Kanye and Consequence work together a lot, but still, the internet has plenty to say about this “relationship.”

Here are some reactions:

Wow, this is definitely beyond me! What do you think? Leave a comment below!

The Importance Of Digital Marketing For Your Business

“Who leaves their baby to hang out till 5am?” – Gbenro Ajibade calls Wife Osas out on Instagram