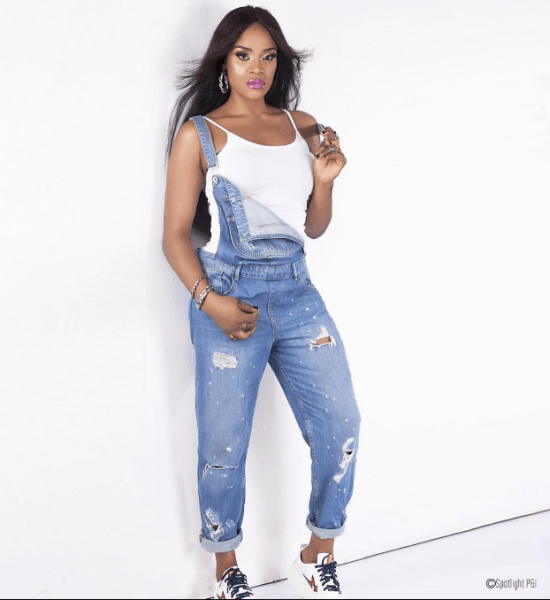 She’s gone from hardship to being an inspiration to others.

Nollywood actress, Uche Ogbodo, took a trip down memory lane and shared her inspirational story on her Instagram account.

She referenced the harsh economic situation in Nigeria as well as Hurricane Harvey which wreaked havoc on Texas in her story.

Today, With all the Negative Things going On In this Our beautiful World, e.g. #nigeriaeconomy #hurricaneharvey etc ., I choose to Give Somebody Somewhere HOPE!

I will share this story with you because I know you need to hear it, A Story behind the Hustle that Many of Us would dare not share.

The journey to success and fame is a Very long road, There is nothing like Over night Success. Sometimes many people are not prepared enough mentally before embarking on this path to achieve their dreams and after so many Ups & Downs, disappointments , they give UP on their dreams,forgetting that the aftermath of Success is the footprints ? you leave for those people who idolize you as their Role Models.

On a Daily , I received countless comments on my feeds , emails and DMs from FANS telling me how much I inspire them and how they want to grow up to be like me someday and this sometimes breaks Me and make me Cry tears of joy, because I too ,almost gave up on this Dream a lot of times in the past!

Those days in the past when I would turn up for auditions at Naiko hotels & MacDavos hotels as Far back as 2007 in Enugu and end up with just Party Scene roles , ??? I also would always remember being paid #500 naira a countless times & even not being paid in so many jobs as well , Even when my Father got fed up with the whole system and asked me to Quit & go back to school because he didn't see any hope of me making it ! But I was PERSISTENT and Kept BELIEVING! Now , Many Years Fast-forward, many people think I did it without Blinking! Take A look At What HARD-WORK , PERSISTENCE & PERSEVERANCE can do, FAME & SUCCESS Came , broke barriers beyond Limit for Me.? So To "YOU" Out there, trying to live your dreams and become Somebody In Life , don't stop believing that "YOU " Can ! No matter What people Say , Never Give Up, Keep Pushing, and Success will embrace You Tomorrow, then you too can be called Over Night Success , hahahaha. So see you at the other Side ?? Yours Sincerely UCHE .O #Stronggirlgettingit #goddess #Successiskey SOURCE : THENET.NG