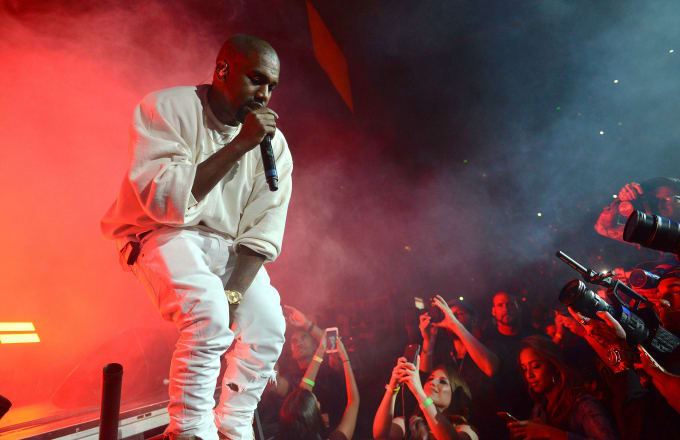 Kanye West has announced his plans to release two new albums in June, one solo project and the other, a collaborative record with Kid Cudi.

The ‘Stronger’ rapper on Thursday tweeted “My album is 7 songs,” and the date “June 1st.”

He added: “Me and Cudi album June 8th” and “it’s called Kids See Ghost. That’s the name of our group.”

me and Cudi album June 8th

it's called Kids See Ghost. That's the name of our group

Kanye West and Kid Cudi have a history working together. Cudi’s first two records, Man on the Moon I and II, featured West and were released on the Chicago native’s G.O.O.D. Music label.

Cudi has also contributed to every Kanye West album since 808s & Heartbreak.

Kanye and Cudi last teamed up on The Life of Pablo track Father Stretch My Hands Pt 2.

The tweeted announcement comes in the wake of speculation over the new project of the father of three, especially after he reportedly went into seclusion on a mountaintop in Wyoming, purportedly to work on a record.

After the album announcement, the rapper continued writing his real time book with a few more tweets — about character and authenticity.

if you wanna see the true character of person watch the way they treat someone who can't do anything for them.

Related Topics:Kanye West
Up Next

Meet Senator Omo-Age, son of the judge who sentenced Anini to death in 1986

Why We Can’t All Move To Canada – Tosin Abiodun