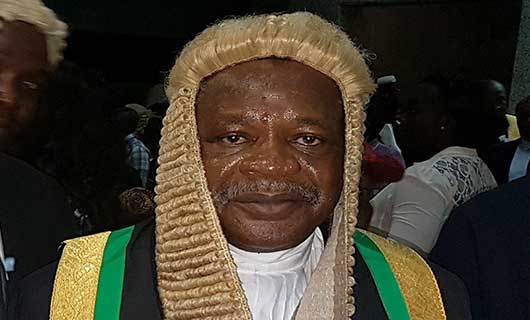 Justice Ibrahim Auta, a former Chief Judge of the Federal High Court, says the judiciary, especially the judges have become victims of corruption allegation in the country.

Auta made the assertion during the conferment of Award of Excellence on him by the Society Watch Media Ltd. (SWML), an NGO, on Wednesday in Abuja.

He said that because judges were barred from speaking to the press, most of the corruption allegation levelled against them often appeared to be true.

The former chief judge said that corruption perceptions about judges were becoming acceptable because the people believed whatever they read in the media without verification.

Auta said that there was no country and sector devoid of corruption, adding that it was only the magnitude of the practice that differed.

He said that the country was faced with many challenges and problems ranging from corruption, kidnapping, ritual killings, lack of infrastructural development, favouritism, nepotism and religious crisis.

“At the root of this challenges is leadership, what we have been lacking in Nigeria is good and purposeful, nationalistic and patriotic leaders,’’ he said.

He, therefore, called on Nigerians to pray for President Muhammadu Buhari that whatever he was doing would be of benefit to Nigerians.

He also called for the recruitment of more policemen to ensure adequate security for the country.

According to him, the current insecurity ravaging the country necessitated the need employ more police personnel that will be equipped and adequately funded.

He said that the current figure of policemen in the country was inadequate to provide security for over 200 million Nigerians.

Mr Michael Balogun, the Chief Executive Officer of SWML, said that the challenges bedevilling the country were outright lack of focus and good leadership.

“Our problem is not corruption as we are made to believe, but leadership because a good and purposeful leader will know that stealing our common resources is a sin against God,” he said.

Balogun lauded the former chief judge for distinguishing himself as a man of integrity whose performance was excellent within the period he was in office from 2011 to 2017.