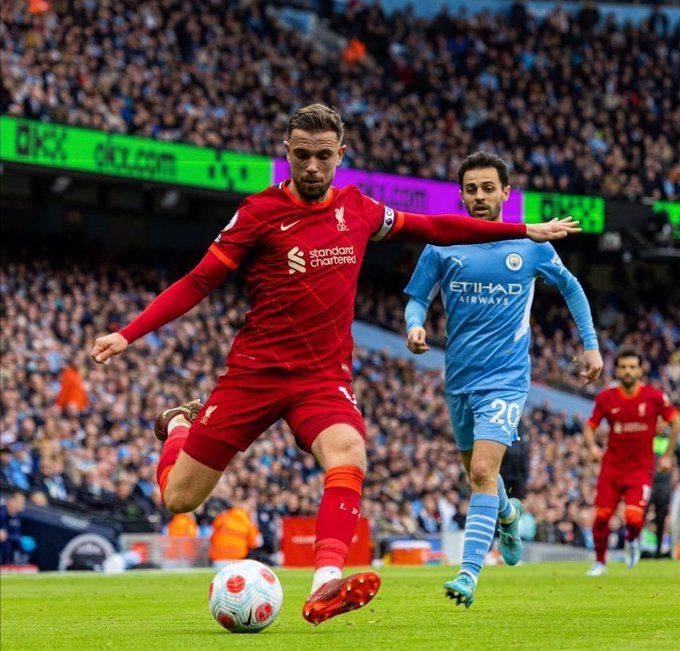 The saying that ‘a Captain never abandons his ship’ rings through, and certainly applies to Liverpool Captain, Jordan Henderson as he comes out to defend his teammate from critics.

The former Sunderland man, Henderson; Hendo as he is popularly called, has rejected criticism of Mohamed Salah after their Champions League final defeat to Real Madrid.

Salah’s form and finishing has been a debatable topic ever since the Egyptian returned from AFCON, one that was notably criticized in the aftermath of the Champions League final defeat, even after Liverpool dominated the game,

But Henderson in an interview with VG, defends his teammate, instead pinning the fault on the collective and with Real Madrid’s Goal Keeper Thibaut Courtois having a good game:

“It can happen. It was world class save, to be honest. The goalkeeper was brilliant and was named the game’s best, That says a lot about the match.

“It’s not about Mo, it’s about us as a team and today we unfortunately could not score.”

“It is still difficult to take it inwards, how the match went in the end. It’s hard to talk about. We had three or four very good chances, but Courtois made world-class saves. Hopefully we get a good break to process what happened this season” he said.