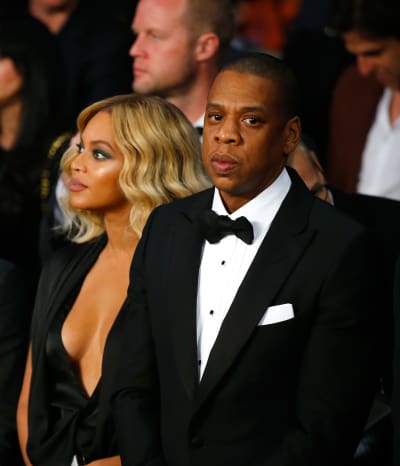 It’s no news that Jay-Z cheated on his wife, Beyonce. Recently, he openly admitted that his marriage to Beyonce was built on lies. Although, their relationship is much healthier now, it’s still going to take more time to heal.

In a new interview, Jay-Z spoke about what exactly drove him to infidelity.

And he was definitely much more honest and self-aware than anything that we’re used to hearing from celebrities who’ve strayed. At least he didn’t blame the devil.

In an interview with the New York Times, Jay-Z spoke of his infidelity. Not in lyrics, but in words.

He spoke about psychotherapy and about what he came to understand, reflecting upon his childhood in poverty:

A lot does, and it can vary from person to person. But Jay-Z speaks about how this impacted his life.

“You shut down all emotions. So even with women, you gonna shut down emotionally, so you can’t connect.”

PTSD can absolutely cause empathy issues (too little empathy, too strong,

Some people are impacted in different ways by trauma. Also, childhood trauma happens when your mind is still developing. Sometimes, you learn how to be a person in the wrong ways, if that makes sense.

But Jay-Z has come to understand how that led to him stepping out on Beyonce.

“And then all the things happen from there: infidelity.”

He’s clearly not making excuses. He’s talking about how his own personal emotional detachment, which was probably life-saving as a child, led him to make bad decisions as an adult.

In June, less than a week before the Summer Solstice marked the official end of spring, Jay-Z and Beyonce welcomed their twins into the world.

Sir and Rumi ended up with a somewhat extended stay at the hospital before they were finally released.

But though we’ve only gotten the occasional glimpse at Beyonce and Jay-Z’s twins, they seem to be doing much better now.

It wasn’t until Jay-Z’s 4:44 album came out, in which the rapper admitted to cheating on Beyonce and also referred to his epic feud with Kanye West, that the world really understood how great a triumph the birth of Sir and Rumi was.

Because a careful interpretation of Jay-Z’s lyrics revealed that Beyonce had suffered miscarriages, which Jay-Z believed were brought on by anxiety and other intense emotions due to his cheating.

(We know that real life doesn’t work like soap operas, where a little worry or tripping on the stairs automatically leads to a miscarriage … but distress really can endanger a pregnancy. Especially if someone is already struggling to carry a pregnancy to term)

Jay-Z revealed that his work on 4:44 was therapeutic for his marriage, and helped him to process what he had done to Beyonce, their marriage, and to himself.

(Though Jay-Z did at times almost seem to be humble-bragging, we don’t believe that this was his intention)

There were other topics.

One was, of course, Jay-Z’s diss track against Kanye West, whose erratic behavior and terrible impulse control was apparently enough.

(Taylor Swift even referred to Kanye and Kim losing friends in her song, “This Is Why We Can’t Have Nice Things,” which is a strong contender for the best song on Reputation)

Jay-Z’s mom, Gloria Carter, came out as a lesbian on one of the tracks of his album.

Although, Jay-Z has known since he was a teenager, it was not public knowledge.

We would say that there were other factors behind Jay-Z’s cheating.

The cultural acceptance of powerful men leading double-lives, for example. Conflicting work schedules with Beyonce may have played a part.

But Jay-Z knows that none of these are excuses.

Folks, if you want to sleep around, either marry someone who doesn’t mind or shares your proclivities (you could swap stories of your adventures!), or don’t get married.

Jay-Z is prioritizing his family now, however. His wife and his three children will certainly appreciate that.

5 Reasons You Should Travel at Least Once in a Lifetime

25 inspirational quotes on love and destiny by joel osteen