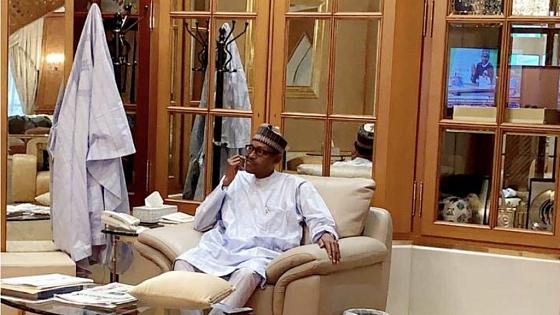 
Surrounded by rising poverty and insecurity across the country, Nigeria’s President Muhammadu Buhari insists he has done his best to salvage the country’s precipitous situation as he met with some of his party men on Thursday.

Based on a statement by the president’s media aide Garba Shehu, Buhari made the assertion when he received some governors of the All Progressives Congress (APC) at his country home in Daura.

President Buhari claimed that things were worse when he assumed power as a democratically elected president.

“We have done our best and thank God for what we have been able to achieve with the available resources, otherwise we would have been in trouble,’’ he explained.

Buhari also said the country’s security situation had improved compared to the instability in the North-East before 2015 when parts of the region were directly under terrorists’ control.

“The subsequent development in the North-West is the most amazing, where people who lived together, spoke (the) same language and shared common faith started killing each other and rustling cows.

“I had to change the security chiefs and we had to get down to the fundamentals of providing security. If you look at the situation in relation to time and resources, you will find out what we have been able to achieve,’’ the president noted.

Emphasizing his regime’s turning the country’s economy around, Buhari said oil prices fell from more than $100 to less than $38 under his watch, with crude oil output at 2.1 million barrels a day dropping to about 500,000 barrels.

”Intellectuals and historians should be fair to us so that those who are looking for leadership positions will not exploit the political ignorance or lack of knowledge of the people,’’ concludes Buhari.