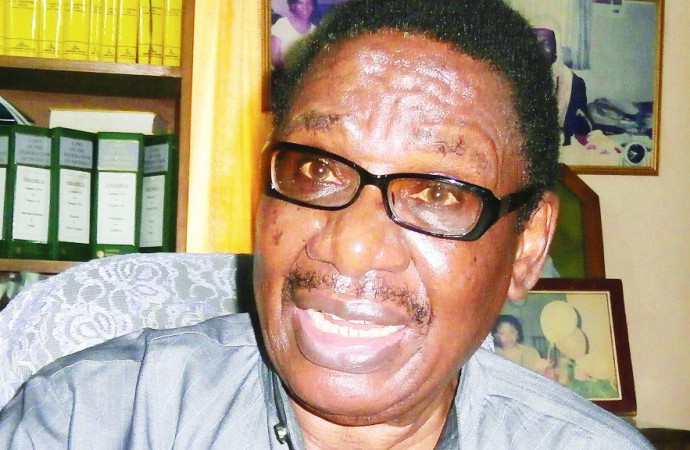 The chairman of the presidential advisory committee against corruption Professor Itse Sagay has said that the Economic and financial crimes commission, EFCC, is recoverS embezelled money from Nigeria’s former minister of petroleum, Diezani Allison every day.

He said that the Buhari administration has recovered nearly a trillion naira from officials who served under the PDP administration,saying Diezani was one of its products, adding that the party should apologize to Nigerians and turn a new leaf.
In his words;
“I am disappointed in the PDP. If they are celebrating 19 years, they should celebrate with caution and give the nation an assurance that they would not bring such negative impact on our nation again and they have turned a new leaf.
Yes, President Obasanjo was the one who proposed the establishment of the EFCC and the ICPC? After Nuhu Ribadu left the EFCC, what became of the EFCC? These people just neutralized these agencies and turned this country into an ATM from which they kept on withdrawing money until there was nothing left.

So, they destroyed our economy; their greed was overwhelming. If you look at Diezani for instance, there is no day that goes by that money is not recovered from her. In Thursday’s papers, it was reported that the EFCC had recovered about half a trillion naira from these people.”

Woman Posts Picture Of Her Baby In Its Amniotic Sac