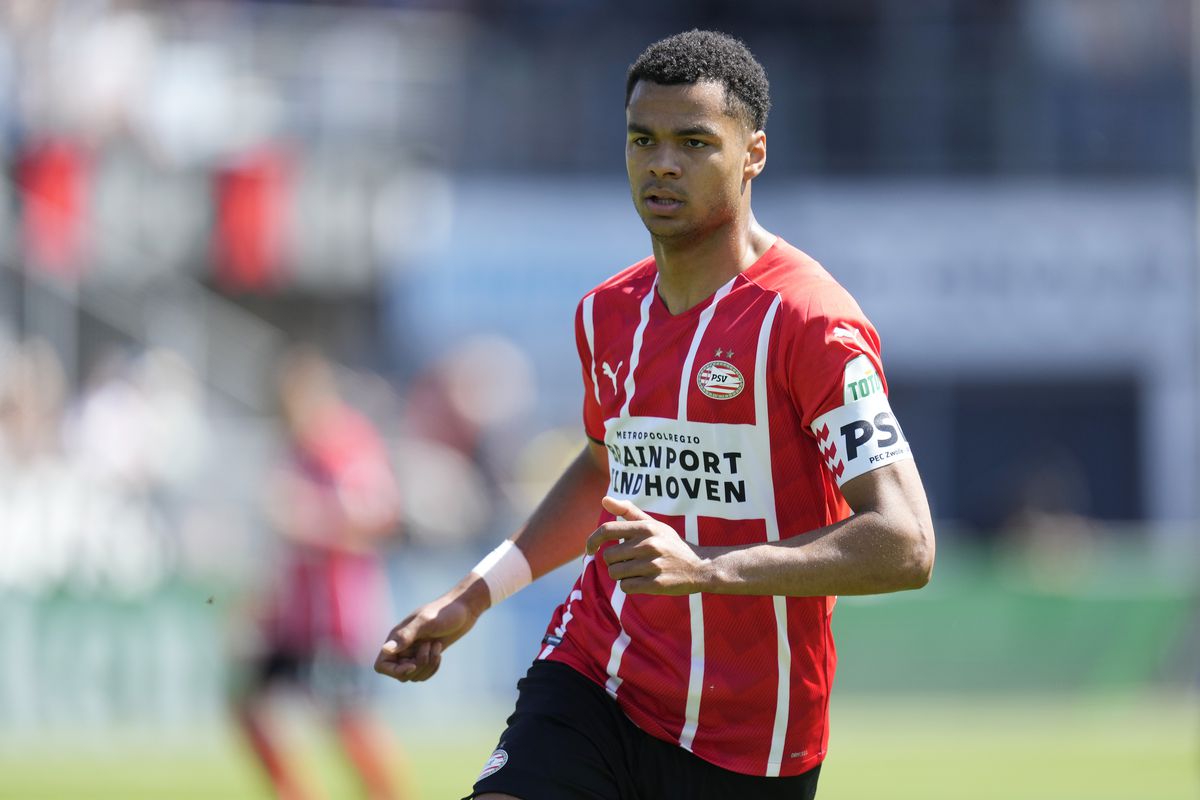 Brace on rival fans, Manchester United are about to regain its lost identity with sensational stars like Cody Gakpo having the itch over playing at Old Trafford in Red Devils colors.

Cody Gakpo, a forward for PSV Eindhoven, has finally responded to rumors that he would join Manchester United during the January transfer window.

Cody Gakpo stated that it is flattering to be associated with Manchester United and added that anything is possible given their interest.

The Netherlands international, though, stated that he is currently focusing on the World Cup.

Since Cristiano Ronaldo left the Premier League giants, Gakpo has been linked with a move to Manchester United.

“I’m focused now on the World Cup. It is always nice to hear, but I just focus here and do my best,” Gakpo said at a press conference ahead of Netherlands’ final Group A tie with Qatar on Tuesday when asked about the interest from Man United.

“I don’t get shy about the rumours. It is a nice thing that people write, but I am not too concerned with that.

“I’m not surprised. I know what I am capable of, but it is always a challenge to reach the highest level possible and I think I am not there yet. I think I can improve in a lot of things.

“It is a team sport, it is not about one person. I prefer it to be about the team. Right now, I am busy with the Dutch team.

“I will see what happens in the winter. In soccer, anything is possible.”