Governor Wike is yet to pay the N10M he promised – Burnaboy’s Mum, Bose Ogulu reveals

Actor and Comedian, Williams Uchemba reveals how his wife sneaks out at midnight 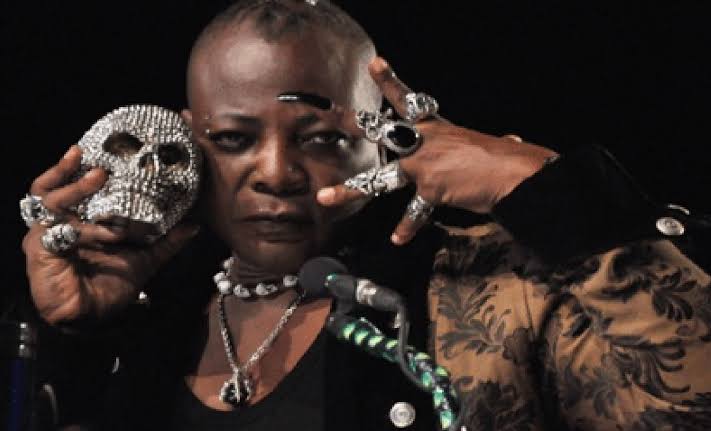 Popular Musician, Charles Oputa, aka Charly Boy, says it took several months to come to terms with the fact that his daughter is a homosexual.

Charly Boy said this in a post on his social media handles on Friday.

The Area Fada said months before his daughter revealed her sexual orientation to him, he had openly supported LGBT campaigns.

The controversial musician had in a viral photo in 2011, kissed TV presenter, Denrele Edun, on the lips which sparked rumours that he was a bisexual.

He, however, said when his daughter revealed that she was a lesbian in 2016, it wasn’t as easy for him to accept.

The musician wrote, “I am close with my children and I love them to bits. They are my friends. But I wasn’t really ready for the ‘breaking news’ my Princess Dewy had for me. When my child told me she is gay, a lesbian, I experienced a range of emotions, during that phone conversation.

“So many things went through my mind, one of them included self-blame (did I do something wrong?) (the child I thought I knew and loved no longer exists.), worry (will my child be discriminated against?) religious confusion (is my child damned to spend eternity in hell?), and stigma (what will people think of my child? of me?).”

Charly Boy, who is the son of respected jurist, Chukwudifu Oputa, said he tried not to overreact when his daughter spoke about her sexuality because he didn’t want to strain their relationship.

He added, “I was hoping it was a prank but it was happening in real time. Even though I was unusually calm through that conversation, my mind was wondering in all directions.

Months before this incident, I was lending my voice in support of LGTB rights in Nigeria. Is life playing tricks on me? Now my daughter is gay, why do I feel disappointed? Am I a hypocrite? How do I handle this bombshell?”

The musician said he was determined to win this new challenge that life had thrown at him.

“I told myself that I will get through this, and many months later I did,” he said.

“As a matter of fact, I now look back and find that I am grateful for the experience of having a gay or lesbian child,” he added.

Charly boy said he was confident that having overcome this challenge, there was nothing that could come between him and his children.

He said it is stupid to even think that having a gay child means that parents have failed.

“Acceptance of the truth is like surgery. It hurts but cures. A lie is like a pain killer. It gives instant relief but its side effects can last forever,” Charly boy said